Designed to completely transform India into a global design and manufacturing hub, the ‘Make in India’ initiative aims to increase the share of manufacturing in the country’s GDP from 16% to 25% by 2022. While every Indian company is naturally optimistic about the growth prospects, one Indian company which was set up with the objective of manufacturing IT products in India, is now reaping the benefits of a focused strategy. The company, Smartlink, which was set up by an IT veteran, K R Naik, with close to four decades of experience, is seeing huge growth for its low cost wireless broadband router, which offers Internet speed upto 300 megabytes per second.

Smartlink is accordingly gearing itself to reinvent complete chain of electronic hardware manufacturing starting from design to disposal (D&D). Today, Smartlink is engaged in the manufacturing of products such as routers, modems, networking switches, motherboards and access points. 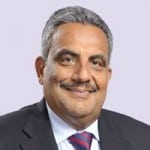 “One of the important goals in the digital India initiative is targeting Net Zero imports. This can be achieved by reducing the imports and increasing exports. The strategic location of our country in proximity to the ever growing African & middle-east countries which the Indian manufactures can target for exports. Therefore there is huge potential for the Indian manufactures to go for economies of scale thereby achieving net zero imports.  Further, increase in manufacturing activity is going to boost the local component manufacturing industry as there is a robust plastic and metal component industry existing which can immediately contribute to localization. Thereby a complete required value chain getting developed in the country in about 4 to 5 years period with over 70% of BOM localization taking place in India itself. This is going to further compliment the service sector not only creating huge employment opportunities for youth but also resulting into multiplier effect,” states Naik.

For accelerating the vision of ‘Make In India’, there are a number of small steps that the government could take. “The

Government of India should go for immediate import substitution and create duty differentials so as to attract domestic manufacturing as against trading of imported finished goods. Complex and adverse tax reforms are proving to be hurdles in the economic growth. Multiple states, multiple taxes, multiple agencies and disconnect between the central government and the state government is a major hurdle. Each state here is a country in its own way formulating its own laws, however India being a federal state has to thrive as one for economic prosperity,” says Nitin Kunkolienkar, VP, Smartlink Network Systems.

Kunkolienkar states that addressing hurdles by building synergy between the central and state government will certainly improve ease of doing business and bringing down the cost of doing business. Other policy announcements such as introduction of GST at the earliest in order to bring parity in the tax structure of the IT goods can also be a game changer for encouraging local manufacturing.

Posted by: Srikanth R P
View more posts
Tags:K.R Naik, Make in India, Smartlink
Smartlink bets big on ‘Make in India’ vision 0 out of 5 based on 0 ratings. 0 user reviews.
Cyber Mercenaries to challenge enterprise security in 2016
How to make a cloud rain for you?