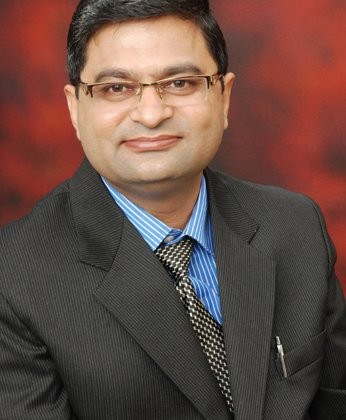 At what level has Cyan Technology engaged in the smart metering drive in India?

Just over three months ago, Essel Utilities and Tata Power chose Cyan’s CyLec solution as the core smart metering communications technology for the first two smart grid commercial deployments in India. Esselchose Cyan’s CyLec Retrofit Advanced Metering Infrastructure (AMI) solution, which effectively converts existing electricity meters to smart meters without the need to replace them with a new smart meter. A total of 5,000 retrofit modules containing Cyan’s CyLec 865MHz RF modules are being supplied along with additional hardware and software required for a full AMI deployment at Essel. The 5,000 retrofit modules are expected to be fitted to existing consumer meters in Bihar’s Muzaffarpur during the fourth quarter of this year and the first quarter of 2015.

Two weeks later, Tata Power awarded its first smart metering deployment contract to a consortium led by Larsen & Toubro (L&T), of which Cyan is a part. Cyan’s CyLec 865MHz RF modules will be installed inside 5,000 new L&T smart meters that will be deployed at Tata Power’s residential and commercial consumers in Mumbai. This deployment is planned to go live in early 2015.

More recently in September, a consortium using Cyan’s CyLec has been chosen for a pilot deployment by Uttar Gujarat Vij Co in Naroda and Deesa districts of Gujarat. This consortium is believed to be the only one to have demonstrated an interoperable, sub-GHz smart metering solution as part of the competitive tender process for this pilot.

What are the roadblocks in the way of smart metering in India?

A major requirement of every utility is to procure meters from various meter manufacturers. This ensures the utility has a reliable supply chain and is able to negotiate competitive pricing. As a result, it is critically important that smart metering solutions are interoperable, enabling meters from multiple vendors to be incorporated into an ‘open system’.

Currently, the Indian meter manufacturing industry does not have standardised communications protocols, a gap that could prove problematic when sending data across a wireless network. The implementation of an ‘open meter protocol’ that is tailored to the requirements of the Indian utilities and optimised for real time monitoring over wireless mesh networks will prove invaluable and should be implemented as soon as possible. This standardisation is important and will support efficient communication to and from the meter.

Cyan is pioneering the adoption of open standards-based, integrated smart metering solutions in India. As the Indian market progresses to full-scale smart metering deployments, Cyan is uniquely positioned to support open standards for both meter and communication protocols. The flagship product from Cyan is called CyLecand is a standards-based, integrated or retrofit smart metering solution. Experts have hailed CyLec as a solution that reflects the currently accepted best practice for machine-to-machine (M2M) or Internet of Things architectures.The integrated solution allows utilities to incorporate CyLec with new and replacement meter installations and Cyan’s retrofit technology provides smart metering functionality to existing static meters.

How important is smart metering for the proposed 100 smart cities in India?

Smart utilities (electricity, water and cooking gas) are three critical building blocks for smart cities, others being smart transport, smart buildings, and smart government.A fundamental part of smart cities is the civic infrastructure, which is always costly to build and maintain. In addition, India has a pressing requirement to reduce energy losses. This is why smart metering is expected to be one of the fastest growing aspects of smart cities.

When deployed for electricity metering, smart meters directly counter one of the persistent problems plaguing the Indian power sector – electricity theft. A utility using smart meters can monitor its electricity consumption to the last watt, so whenever someone tampers with a smart meter, an alert is immediately sent to the utility and they can remotely disconnect the meter (and then remotely reconnect it when the issue has been resolved). Smart metering technology also allows utilities to shift the load between industrial and domestic consumers during peak hours through tools such as real-time Time-of-Use tariffs and incentives. In addition, it reduces meter reading and billing costs, as well as the cost of correcting many of the errors that occur due to faulty meter reading.

Thus, it is said that smart infrastructure can help even the developed world cities meet energy efficiency and carbon reduction targets and allow governments to deliver better services at lower cost. For India; provisioning of smart infrastructure in cities carries the potential of leapfrogging its urban landscape to a point where we completely bypass the challenges of energy sufficiency and environmental sustainability.

How do you see the future of IoT in India? How can enterprises use IoT?

The Internet of Things (IOT) has a very promising future in a developing economy like India that is actively using technology as a growth driver both in public as well as private sector. Primarily, the utilities in power, gas and telecom are expected to aggressively adopt IOT to streamline their service delivery. Road transport and infrastructure management by private and public organizations is another important growth opportunity. Cyan is proud to be active contributor in the growth of IOT and we are delighted that some of the earliest smart grid roll-outs in India have made use of Cyan’s technology. We have also partnered with Vodafone’s M2M team to jointly develop and market smart metering solutions across India.

What are the industries that can benefit most from M2M and IoT?