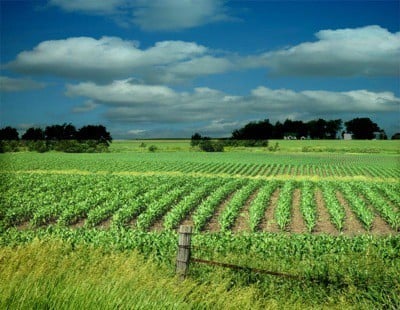 Scientists from the Indian Institute of Technology (IIT) Mandi, have developed a computational model for automated disease detection in potato crops using photographs of its leaves. IIT Mandi, in collaboration with the Central Potato Research Institute, Shimla, uses Artificial Intelligence techniques to highlight the diseased portions of the leaf.

Funded by the Department of Biotechnology, Govt. of India, the results of this research have recently been published in the journal Plant Phenomics.

The Blight is a common disease of the potato plant, that starts as uneven light green lesions near the tip and the margins of the leaf and then spreads into large brown to purplish-black necrotic patches that eventually leads to rotting of the plant. If left undetected and unchecked, blight could destroy the entire crop within a week under conducive conditions.

“In India, as with most developing countries, the detection and identification of blight are performed manually by trained personnel who scout the field and visually inspect potato foliage,” explained Dr. Srinivasan. This process, as expected, is tedious and often impractical, especially for remote areas, because it requires the expertise of a horticultural specialist who may not be physically accessible.

“Automated disease detection can help in this regard and given the extensive proliferation of the mobile phones across the country, the smartphone could be a useful tool in this regard,” said Joe Johnson, Research Scholar, IIT Mandi, while highlighting the practical usage of his research. The advanced HD cameras, better computing power and communication avenues offered by smartphones offer a promising platform for automated disease detection in crops, which can save time and help in the timely management of diseases, in cases of outbreaks.

The computational tool developed by the IIT Mandi scientists can detect blight in potato leaf images. The model is built using an AI tool called mask region-based convolutional neural network architecture and can accurately highlight the diseased portions of the leaf amid a complex background of plant and soil matter.

In order to develop a robust model, healthy and diseased leaf data were collected from fields across Punjab, U.P and Himachal Pradesh. It was important that the model developed should have portability across the nation.

“Analysis of the detection performance indicates an overall precision of 98% on leaf images in field environments,” said Dr Srinivasan.

Even though potato is not a staple food in most regions of the world, it is a cash crop, and failure in it can have disastrous consequences, particularly to farmers with marginal landholding. Thus, early detection of blight is important to prevent financial catastrophe to the farmer and the country’s economy.

Following this success, the team is sizing down the model to a few tens of megabytes so that it can be hosted on a smartphone as an application. With this, when the farmer will photograph the leaf which appears unhealthy, the application will confirm in real-time if the leaf is infected or not. With this timely knowledge, the farmer would know exactly when to spray the field, saving his produce and minimising costs associated with unnecessary use of fungicides.

“The model is being refined as more states are covered,” added Dr. Srinivasan and highlighted that it would be deployed as part of the FarmerZone app that will be available to potato farmers for free.

IoT: A World of New Possibilities

The world has changed profoundly in recent years, with computers spreading into everyday objects, from…

Will Cryptocurrency ever replace fiat money?

Cryptocurrency are not the future, but it is in fact the present. Cryptos and blockchain…