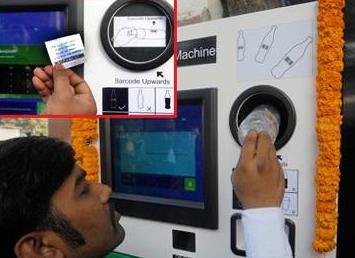 Now people in Delhi will be able to recycle plastic garbage using smart-dustbins.Union minister Venkaiah Naidu inaugurated two ‘smart dustbins’ at Palika Bazaar, under the smart city project of New Delhi Municipal Council. This programme will motivate people to throw garbage in the bin as it will give them freebies.

In this smart bin, one can only throw plastic bottles and cans and in return will get coupons. Once the person dump the bottle in the smart bin, it will recycle the waste using latest technology. People will not be able to dump any other kind of garbage in this bin. The council has installed a smart bin outside Palika Bazaar gate number 2 which is the first of its kind in the country.

According to the reports, in the coming months, many such bins will be installed in the city under NDMC.