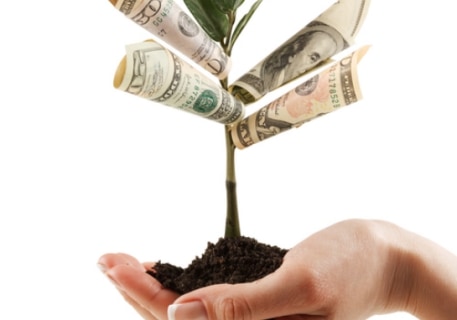 Focused on disrupting the vernacular content space with an innovative platform, the new round of investment will be used to strengthen the Machine Learning and AI efforts of the company, with a major focus on expanding the aforesaid technology divisions. With a monthly user base of 8 mn+, ShareChat also plans to utilise the funds for rapid expansion and efficiently manage increasing cloud infrastructure costs.

Ankush Sachdeva, Co-founder, ShareChat commented, “Vernacular content consumption in India has witnessed a meteoric rise in the last 2 years growing from  42 mn in 2011 to 234 million in 2016. These numbers are a great indication of the huge opportunity available for products, focused on the vernacular audience.

Therefore, to capitalise on this, we at ShareChat, aim to use innovative technology in order to optimise  social media content for this new set of Indian users.  In a bid to solve for day to day problems of consumers dealing with technology, our algorithms are efficiently designed to reduce language hassles and make the platform intuitive and convenient for all.”

“The faith of our investors has further validated our model and boosted our confidence that we are creating a valuable solution for India. We will use this fresh round of funds to build an even stronger tech team and expand our operations deeper into the country.” added Farid Ahsan, Co-founder, ShareChat.

Mayank Khanduja, from SAIF Partners, said, “ShareChat is geared to become an unique problem solver for the mass vernacular audience in India. Having closely worked with the team over some time now, we are extremely pleased with their focus on using technology to connect these new internet users, and we are pleased to partner with them in their next phase of growth.”

Akshay Bhushan, from Lightspeed India Partner, added, “As early investors in Sharechat, we’re excited to welcome Shunwei and Xiaomi as co-investors who bring a wealth of experience and learning from the Chinese internet ecosystem and affirming our belief in founders Farid, Ankush and Bhanu in making Sharechat the defacto platform and voice for the next billion Internet users.”

Anand Lunia, from India Quotient, mentioned , “Since the beginning of the startup boom in India , we have been told by the wise that we have to learn from FB. Hope now they will say ‘learn from Sharechat’. We at India Quotient firmly believe that our country of 1.25Bn can produce many many world class consumer products.”

As the name suggests, ShareChat allows users to create, discover and share content with each other. Users can create their social profiles follow other profiles who are either a creator or a friend on the platform for regular updates. The key differentiator for ShareChat, however,is the intuitiveness of the interface for a new vernacular internet user.

ShareChat is available in 10 languages, namely, Hindi, Punjabi, Gujarati, Marathi, Bengali, Odia, Telugu, Tamil, Malayalam and Kannada. The app has been downloaded 21 mn times, with roughly 8 mn monthly active users on the platform. At a daily level, 5 mn content pieces get shared per day from ShareChat.