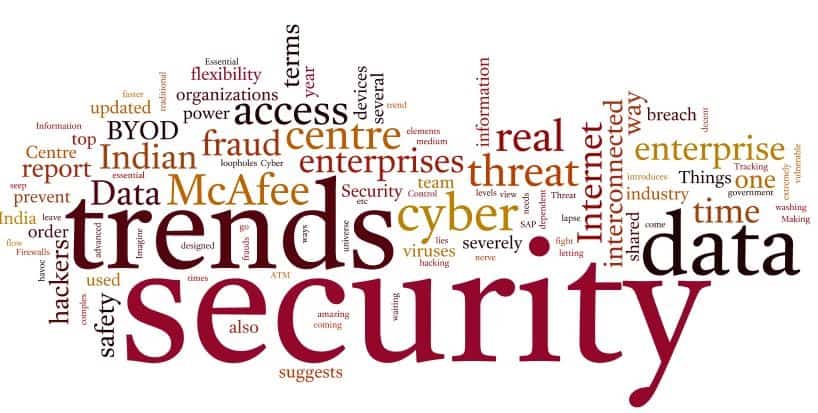 Each year, the security industry faces new types of threats as cybercriminals evolve their approach toward accessing organizations’ data. As we approach 2017, the security experts at Symantec have taken a close look at the trends we can expect to see this year and in the years ahead. Given the consistently changing security landscape, it’s important to take a moment and determine where the security industry needs to focus their attention as we move into the next year.

·The proliferation of the Cloud Generation. We’ll continue to see a shift toward the modern workplace as businesses allow employees to introduce new technologies such as wearables, virtual reality and IoT connected devices onto the network while supporting a rapidly dispersed workforce made possible by cloud applications and solutions. Enterprises will need to shift their focus from safeguarding endpoint devices toward protecting users and information across all applications and services.

· Connected cars will be taken for ransom. As cars start to have connected capabilities, it is only a matter of time until we see an automobile hack on a large scale. This could include cars being held for ransom, self-driving cars being hacked to obtain their location for hijacking, unauthorized surveillance and intelligence gathering, or other automobile-focused threats. This will also lead to a question of liability between the software vendor and automobile manufacturer, which will have long-term implications on the future of connected cars.

·IoT devices will increasingly penetrate the enterprise. Beyond looking simply at computers and mobile devices for vulnerabilities, incident response teams will need to consider thermostats and other connected devices as jumping points into the network. Similar to how printer servers were used for attacks several years ago, nearly everything in an enterprise is now connected to the internet and will need to be protected.

·Increased IoT DDoS attacks. The Dyn attack in October demonstrated the vast number of IoT devices that don’t have security on them and are tremendously vulnerable to attacks. As more IoT devices are installed in the mass market, the risk of security breach will increase. Once insecure devices are in the market, it becomes almost impossible to fix the issue without recalling them or issuing security updates. Given that this lack of security will continue for the foreseeable future, the number of IoT attacks will only increase as well.

Cloud Generation dynamics define the future of the enterprise

·The enterprise network will expand and become increasingly undefined and diffuse. With the workforce more mobile than ever, the need to primarily protect an on-premise network will become increasingly short sighted. The need for firewalls to defend a singular network becomes unnecessary if it is connected to the cloud. All enterprises will start to move towards WiFi and cloud-based services, rather than investing in expensive and unnecessary network solutions.

·Ransomware will attack the cloud. Given the significant shift towards cloud-based storage and services, the cloud is becoming a very lucrative target for attacks. The cloud is not protected by firewalls or more traditional security measures, so there will be a shift in where enterprises need to defend their data. Cloud attacks could result in multi-million dollar damages and loss of critical data, so the need to defend it will become even more crucial.

· AI/Machine Learning will require sophisticated Big Data capabilities. In 2017, machine learning and AI will only continue to grow – Forrester predicts investment in Artificial Intelligence will grow 300 percent next year alone. With this growth comes new, powerful insights for businesses to tap, and an increased collaboration between humans and machines. From a security standpoint, this expansion will impact organizations in more ways than one – including endpoints and mechanisms in the cloud. As new forms of machine learning and AI continue to enter the market, enterprises will need to invest in solutions that have the capabilities to collect and analyze data from the countless endpoints and attack sensors across different organizations, industries and geographies. These solutions will prove to be instrumental in teaching machines how to operate on the front lines of a global battle that changes every day, minute by minute.

·Rogue nation states will finance themselves by stealing money. There is a dangerous possibility that rogue nation states could align with organized crime for their personal gain, such as what we saw in the SWIFT attacks. This could result in down time for countries’ political, military or financial systems.

·Fileless malware will increase. Fileless infections – those written directly onto a computer’s RAM without using files of any kind – are difficult to detect and often elude intrusion prevention and antivirus programs. This type of attack increased throughout 2016 and will continue to gain prominence in 2017, most likely through PowerShell attacks.

·Drones will be used for espionage and explosive attacks. This could be seen in 2017, but is more likely to occur further down the road. By 2025, we can expect to see “dronejacking,” which will intercept drone signals and redirect drones for the attacker’s benefit. Given this possibility, we can also expect to see anti-drone hacking technology being developed to control these devices’ GPS and other important systems.