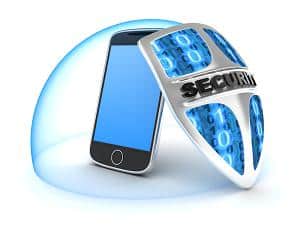 Bluebox Security has become the first company in the world to pioneer self-defending apps for BYOD employees and the extended enterprise. The firm recently introduced a new solution for enterprises to secure their consumer-facing apps and fight back against escalating mobile threats that are placing consumers and businesses at risk. Bluebox for Consumer Apps allows enterprises to effortlessly transform consumer mobile apps — those available on the Apple App and Google Play stores — into self-defending apps that secure, detect and respond to mobile threats, and provide mobile threat intelligence data with a single click.

Hackers are following users to mobile, as evidenced by the recent upsurge of mobile-oriented attacks. Prime targets include consumer apps storing personal, financial or health information as well as apps that generate revenue — highlighting the risk enterprises face when mobile security is not a priority. But considering a new study conducted by Bluebox, customer attrition is equally concerning. In fact, 80 percent of consumer respondents would stop being a customer if there were a security breach in a company’s mobile app. This presents a critical problem given that enterprise app developers admit in the same study that many apps are not secure due to pressure to release apps to market before they are ready.

The survey of over 400 consumers and approximately 300 developers revealed that 69 percent of consumers are somewhat to very confident that the apps they use are safe from hackers, but this confidence is misplaced as the developers of those apps confess they are not secure. In fact, 74 percent of developers believe most mobile apps are moderately vulnerable and 24 percent say they are highly vulnerable.

The introduction of Bluebox for Consumer Apps comes at a crucial time according to the new findings, as the disconnect between consumer expectations and enterprise underinvestment in mobile app security becomes jarringly apparent. Bluebox’s latest offering addresses this gap by providing enterprise-grade security and real-time threat intelligence for consumer mobile apps to ensure compliance and reduce risk to brand reputation and revenue damage that could result from a security breach.

“Mobile application security for consumer facing apps is an area that has been overlooked and Bluebox’s new offering is addressing this void by extending its enterprise-grade solution to protecting businesses across all of its mobile app development initiatives, including internal employees, third party vendors, partners and customers,” said Phil Hochmuth, director, mobile workforce strategies at Strategy Analytics.

Enterprises already benefit from Bluebox Security’s app-layer defense and mobile analytics to protect custom apps and corporate data that enable productivity for BYOD employees and the extended enterprise. With Bluebox for Consumer Apps, enterprises can now apply these capabilities in seconds to any consumer app prior to distributing it through public app stores — leveraging the Bluebox Security Framework to secure and encrypt app data on end-user devices, detect and defend against app tampering, and proactively respond to mobile attacks.

According to the survey, time to market and revenue goals seem to always trump security — almost half of all developers say they have rushed an app to market and 53 percent say they have taken shortcuts or put temporary solutions in place in order to get their app out on deadline. Further, an overwhelming majority (96 percent) of developers say they use third-party frameworks that may or may not be safe to build their apps while only 32 percent say they prefer to develop their own code. With Bluebox, enterprises can achieve consistent security across their entire portfolio of mobile app initiatives without slowing down time to market.

The Bluebox Security Framework ensures enterprise-grade protections for any app, even if the app is operating in a hostile or compromised environment. Once an app is secured by Bluebox, enterprises gain immediate control over their consumer app protections and visibility into threat incidents and app usage. These protections are entirely invisible to the consumer and preserve the native user experience of the mobile app. Bluebox’s mobile analytics also provide real-time insights into active attacks, as well as the ability to remediate them in real-time and adapt policies to reduce risk.

Companies have under-invested in mobile security in a rush to become mobile first, and now the bill is due. With mobile threats being discovered almost daily, and enterprises losing control over consumer devices, it’s only a matter of time before a mobile hack is the root of the next major breach,” said Pam Kostka, CEO of Bluebox. “Our goal is to enable businesses to have confidence in the security posture of the apps that they build and distribute. Our security and threat analytics are easily embedded with the click of a button, transforming any app into a self-protecting island that can intelligently defend itself in real-time when it is in a hostile environment or actively under attack.”

SooLEGAL App For The Legal Fraternity