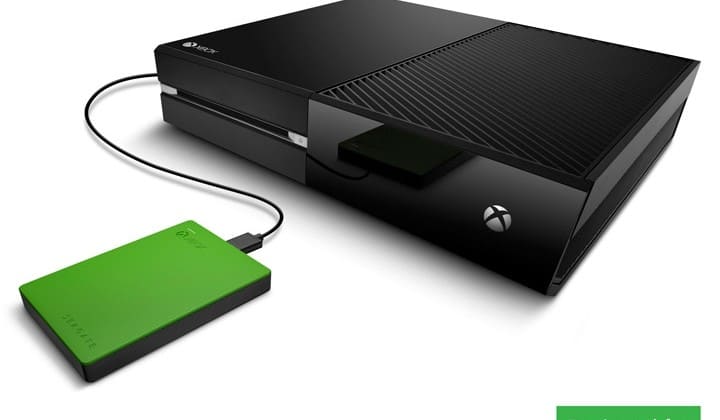 Seagate Technology, a storage solutions, announced the availability of the 2TB Game Drive for Xbox in India. This external drive is the result of a strategic marketing relationship with Microsoft and is designed to complement the Xbox color scheme and is set up for an easy plug-and-play connection with an Xbox One or Xbox 360 gaming console.

Game-Drive-for-Xbox-BOB-Lo-Res“With all of the new and amazing titles expected for this holiday season and a ton more games coming in the future, Xbox gamers will need even more storage and portability,” said Matt Kesselring, business development manager for Microsoft’s designed for Xbox partner program. “Microsoft is privileged to be working with Seagate as our trusted partner for this important designed for Xbox peripheral.”

With today’s game installs averaging 35-50GB, space on the console to support a robust library of Xbox games becomes highly valued. With the Seagate Game Drive for Xbox, you will no longer need to delete games to make more room on the console’s library. The Seagate Game Drive for Xbox is a USB 3.0 connected drive with a green top-case and black body, embossed with both the Xbox and Seagate logos. The compact and portable Game Drive for Xbox enables you to keep all your downloaded games and critical achievements and take them with you for continued game play on any Xbox One or Xbox 360 console.

“The Game Drive for Xbox will help us to reach a new audience, which has an insatiable appetite for storage,” said Sandy Sun, vice president and general manager for Asia-Pacific and China sales, Seagate. “There is a clearly defined need in this market for additional plug-and-play storage that gives users the freedom to move the critical game data wherever they need. Seagate is delighted to be able to provide that new user experience.”

The Seagate Game Drive for Xbox is now available exclusively from Flipkart at a MSRP of INR 9,999.

Rise of data security in the new remote work model

As organizations are now widely adapting to the new reality that is remote working, a…

Seagate Technology plc announced the signing of a strategic cooperation agreement with Baidu, a Chinese language…