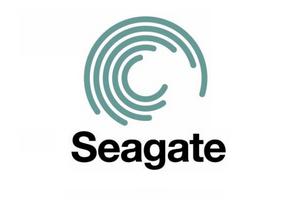 Seagate Technology announced it has achieved a major milestone in a real density with a new hard disk that can offer as much as 2TB of capacity in a slim 7mm package. This achievement is significant because in final product form it will give OEMs freedom to design a new generation of elegant mobile products that are extremely thin and stylish, light-weight, fast, power-efficient and cost-effective.

“In an industry first, our engineers have been able to boost areal density to 1TB per platter in a 2.5-inch form factor, which will give OEMs the flexibility to design and build virtually any kind of mobile device they can envision, with plenty of storage to boot,” said Mark Re, Seagate’s chief technology officer. “Combining new mechanical firmware architectures, with state of the art heads, media and electronic design, this technology is a real game changer- providing four times more capacity than a 0.25TB SSD at a substantially lower cost.”

“The notebook PC continues to be an important productivity tool, especially for content creators who are producing an enormous volume of data,” said John Rydning, IDC’s research vice president for hard disk drives. “Seagate’s new ultra-mobile HDD technology is ground breaking for Seagate and the HDD industry, making it possible for notebook PC users to have generous storage capacity in a thin and light PC.”

While the new areal density milestone was achieved in a traditional HDD format, Seagate is also examining a hybrid format as well. A Hybrid version would combine NAND flash with Seagate’s proprietary learning algorithms, to deliver supreme performance and a richer consumer experience at a much lower cost than comparable solid state drives.

Seagate Technology, a player in storage solutions, and Dot Hill Systems, a supplier of innovative…