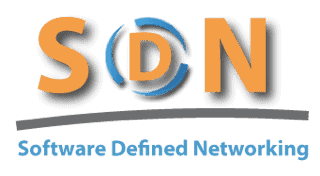 SDN/NFV is one of the most recent talked and written about technology trends in the networking and communication space, where technological advancements bring about a much needed change. Network provisioning is one such positively impacted area.

The heavy job of making the network work

Network provisioning is often described as the heavy job of making the network work. Mainly, because network product vendors deliver equipment with very minimal pre-configuration. The truth is that product vendors don’t have too much of a choice as all network service provider have customized network design suiting their service. Currently, most of the core network elements are manually configured and less altered during their lifetime. There is a greater possibility of automation in the aggregation and access part of the network. Currently, a good percentage of the total cost incurred by network service providers is operational expenses with regard to to planning, designing, implementation and maintenance of network configurations. Apart from design and implementation diligence, the challenge for automation also lies in the limitation of interfaces out of legacy systems for automating. Most legacy systems are limited by element level network management protocols or proprietary command line interfaces for automating the provisioning.

SDN fundamentally separates the more proprietary and embedded data plane of a network element from the more programmable and flexible control plane. The control plane and the management plane can now be run in a general purpose computing machine with Openflow being the widely accepted standard of interface between the control plane and data plane. Along with NFV, which helps network element software to be converted as (VNF) Virtualized Network Functions, technology becomes a powerful vehicle for software control. What this brings on table for network provisioning is the ability to use classical software principles like APIs, templates and data models for provisioning. This has successfully led to the wider acceptance of protocols like Netconf and data model like Yang. All these culminate towards the possibility of much better automation in network provisioning.

The flexibility and elasticity which SDN/NFV brings to network provisioning is a key driver for its increasing adoption. Already 40% of service providers have NFV based solutions and 85% have plans to deploy them in the coming two years.

So, what are the power elements which SDN brings which accelerates the automation?

Use cases never possible before

SDN/NFV capabilities and the increased automation possibility makes the principle of “customer at the center” more relevant through the below cases:

Many of the above cases are well received by enterprises, especially finance and retail who always demanded more flexible network services.

Finally, will all these make business sense? The answer is yes, with the below potential avenues:

With the SDN/NFV market being fragmented with the choice of network product vendors, niche players and open source elements, the relevance for end to end integrators who can integrate right elements and develop innovative automation has greatly gone up.