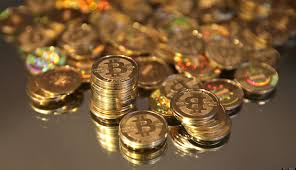 In the wake of recent Bitcoin theft of more than $60m, which was stolen from Bitfinex, one of the world’s largest digital currency exchanges in Hong Kong, has again created an atmosphere to rethink and redesign the desired framework necessary for fixing the threat issues associated with the Bitcoin and Blockchain technology.

Moreover, industry experts still have huge faith in Blockchain technology as well as in digital currencies and so the companies using cryptography for their ledgers are ready to work aggressively while providing best IT solutions by leveraging the technology. This incident would act as an alert for the Indian industry also to look forward in the direction of creating highly secure and convenient system that could flourish the cryptocurrency market as it’s a call by the present as well as future generations. It’s a need of the hour to analyze the present scenario of Bitcoin adoption in India and the scope of its acceptance by techno-savvy Indian market as well as consumers.

Bitcoin at a glance
Bitcoin which is created and held electronically is a growing as well as leading category of money, known as cryptocurrency. It is digital asset in the truest of sense and a payment system which uses peer-to-peer technology to operate with no central authority or banks; managing transactions and the issuing of Bitcoins is carried out collectively by the network. Unlike paper currencies, Bitcoins are produced through computer systems by people known as miners who hold the power to verify transactions.

The most attracting feature of Bitcoin is that it is open-source and uses the Blockchain technology which subsequently offers great IT solutions with involvement of industry participation. Subsequently, this leads to making the system more transparent, reliable, affordable, user-friendly, efficient and unique from any previous payment system. Blockchain is not just a mere technology but it is beyond than that as it can bring phenomenal changes in the ways we relate to financial markets, B2B services, consumer services, publicly held registers and individual transactions.

Scope of adopting Bitcoin in Indian market
In the present digital era, where technology has played a crucial role in transforming the digital economy of the world, India is no different in taking baby steps while adopting the digital form of currencies such as Bitcoins. At present, there exist an estimated total Bitcoin turnover of Rs 300 crore in India with a huge user base of around 1,00,000 people. It is also being forecasted by industry experts that Bitcoin is all set to expand its user base steadily across different parts of India with their adoption is said to be growing at 200-300 per cent annually in order to bring a digital revolution.
We are walking ahead in search of a planet where transactions could take place between user ends digitally and not through the same conventional way. These transactions are verified by network nodes and recorded in a public distributed ledger called the Blockchain, which empowers and uses Bitcoin as its unit of account. It is nothing but a smart way to cross boundaries and check out an innovative as well as quick method to deal with your day to day financial transactions.

Bitcoin market
India is painting a picture to become a huge market place where Bitcoin as well as the Blockchain technology could successfully spread its wings and fly high to reach the destined place. This innovative step is being backed by both the government as well as private financial institutions are emphasizing on the growing number of bank accounts for the people. With the use of this global technology in form of digital currency, everyone can be banked.

A financial infrastructure based on Bitcoin and its underlying technology Blockchain is likely to herald a revolution like Internet did. India witnesses a history of successfully adopting digital technologies such as consumption of internet on smartphones, which has seamlessly taken it to a next level. It shows that people not just want to access internet but to access it on their smartphones as they are transforming themselves into technologically advanced specimens who want instant access to everything simply by a touch on screen. It further indicates that India is ready to adopt digital tools with a very highly-trained, technical workforce and thus, in turn, suggests that Bitcoin is in the right place at the right time.

India currently has around 50,000 Bitcoin enthusiasts, with 30,000 of them actually owning the currency. However, being the Bitcoin concept not traditional, some retailers have realized the advantages of accepting the currency. Apart from that, Bitcoins are quickly transforming from being trading units to shopping currency, eventually giving the Indian e-commerce industry a boom to avail online transaction with the use of digital currencies.

Challenges to Bitcoin
There exist several challenges with the adoption of Bitcoin such as need for an easy way to exchange Bitcoins for Indian Rupees but their respective solutions are also present to overcome these simultaneously. Consumers would definitely do well to adapt to this technology quickly.

For say, many beginners generally face the security or privacy issues as they download their wallet software, create one or two address, and then keep using those addresses for an extended period of time. If you want privacy, then that is not the best way to use your wallet. The more you use an address the easier it is for an observer to build up a profile of your activity, whether for advertising or more sinister purposes, and even to link that activity to your personal identity.
Each time you are going to receive a payment you should create a new address specifically for that purpose, and then never use that address again afterwards. No matter how many of them you create, all of your old addresses will still be able to receive payment in case somebody sends you money using an old address they have on file for you.

Despite the fact that the estimation of Bitcoins has declined pointedly, speculators and industry professionals believes that with India turning out to be progressively advanced and society moving toward cashless exchanges, this is going to transform the world of digital transactions.

Reforms and developments
Apart from that, there has been quite a lot of good news coming out of India recently including positive response about Blockchains from the RBI few months back, in the form of an official statement and some new guidelines about cryptocurrencies and the Blockchain. “With its potential to fight counterfeiting, the ‘Blockchain’ is likely to bring about a major transformation in the functioning of financial markets, collateral identification (land records for instance) and payments system,” reads the statement. Indian market is all set with the smartest minds by leveraging Bitcoin as an asset to bring a revolution in present digital world.

E-commerce industry in India could leverage the Bitcoin potential as markets in India cannot remain immune to this development. It is essential for the key industry players in Indian Bitcoin industry to work with enthusiasm at a fast pace and ensure seamless service for increasing the number of people adopting Bitcoin in the country.

Right time for India
As a global IT competitor, India should start looking at maximising its efforts to take the maximum benefits of Blockchain technology; filling the voids and convince the users to adopt Bitcoins by providing better experience at user ends. Adoption of Bitcoin has extreme potential to enable flawless transactions and provide great financial solutions for a transparent process. But in this dynamic space, scalability is equally important. Investments should be the main focus in crypto-currency mining and subsequently transforming it into an active investment. This is the high time for the Indian government to push reforms and keep the sentiments high.

Increasing competition is must from new as well as already established key industry players to enter the domestic market in order to bring efficiency and to ensure a fertile and receptive market for Bitcoins in India. Moreover, it will generate much diversified offering in various segments and will lead to the creation of a robust structure across the digital platform.