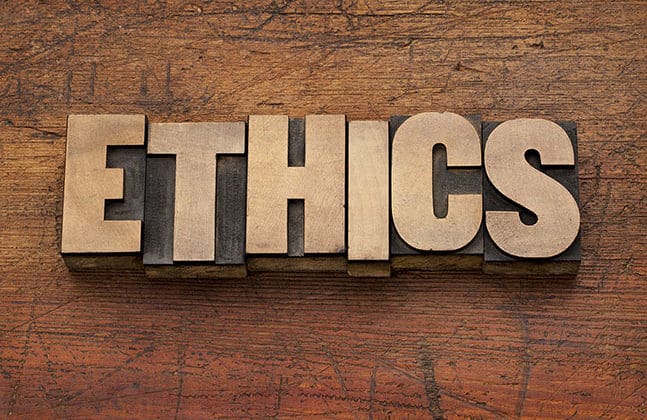 Schneider Electric, the digital transformation of energy management and automation, has just been named one of the 2018 World’s Most Ethical Companies by the Ethisphere Institute, a global leader in defining and advancing the standards of ethical business practices. This is the eighth consecutive year Schneider Electric has received this accolade.

Created in 2006, the annual World’s Most Ethical Company list honours companies that have demonstrated exemplary ethical leadership in their industries, raising the standards of corporate behavior as both the right thing to do and an effective long-term strategy. Five key areas are assessed: ethics and compliance programme, corporate citizenship and responsibility, culture of ethics, governance and leadership, and innovation and reputation. In 2018, the list included 135 companies from 23 countries (only three from France) and 57 industries.

For Schneider Electric, this award remains just as important the eighth time as the first. As Emmanuel Babeau, Deputy Chief Executive Officer in charge of Finance and Legal Affairs, explained, “Schneider Electric does not take this kind of recognition for granted. It reflects our efforts to press ahead with our corporate, social and environmental responsibility strategy and deliver what our stakeholders expect from us – the guarantee of innovative solutions produced by a company people are proud to be associated with. Our ethical credentials are increasingly important to clients in particular.”

Timothy Erblich, Ethisphere’s CEO, added: “While the discourse around the world changed profoundly in 2017, a stronger voice emerged. Global corporations operating with a common rule of law are now society’s strongest force to improve the human condition. This year we saw companies increasingly finding their voice. The World’s Most Ethical Companies in particular continued to show exemplary leadership. I congratulate everyone at Schneider Electric for being recognized as one of the World’s Most Ethical Companies.”

A wide-reaching commitment to ethics and responsibility, mirrored by action

Schneider Electric has placed ethics and responsibility at the core of its strategy, making a commitment to act with the highest standards. These are not just words. Having introduced its own Principles of Responsibility in 2002 to help guide employees worldwide, the company regularly leads in-house and industry initiatives to drive positive change. To mention just a few recent examples, in 2017, Schneider Electric introduced new face-to-face and e-training modules to ensure business integrity in situations where employees are most exposed to the risk of corruption. Extending the scope of its responsibility, the company also launched a more comprehensive, supplier-monitoring programme to step up accountability in its supply chain on human rights and environmental protection. More generally, the company has designed a Responsibility & Ethics Dynamics programme to support employees’ efforts to uphold its Principles of Responsibility and manage any issues that may arise. Combining prevention and advice with investigation and control, this programme also serves as an indicator of ethical performance in Schneider Electric’s Planet & Society barometer. In the latest published results (for the third quarter of 2017), Schneider Electric had made significant progress in supply-chain accountability, with 84.6% of suppliers being in line with ISO 26000 standards, compared to only 48% at the beginning of 2015. Meanwhile, 88.7% of the group’s entities had passed its internal Ethics and Responsibility evaluation compared to 79% last trimester.

Buildings of the future: Smart to autonomous

Schneider Electric announced the launch of its expanded e-commerce platform in the country. The platform…