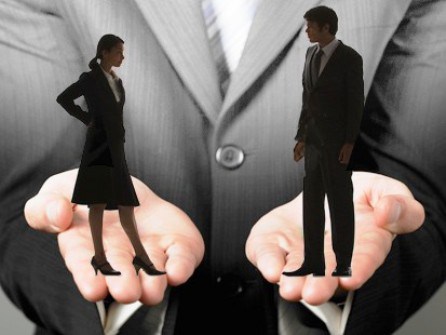 Believe it or not, I am embarrassed. India’s flagship IT and telecom sectors have badly let down the women folk in a recent nation-wide cross-industry employee survey on boss preference.

While in similar industries like media and entertainment over 67% respondents; and in consumer durables and FMCG almost 50% people surveyed want female managers, only 8 percent people in IT and Telecom companies said they want to report to a woman. This is very surprising and disappointing as well, because in BPO and software development companies the female population ranges from 15 to 30% – relatively higher than many other sectors. I was expecting that more employees here will be open to having female bosses because they have more exposure to working with females in the office. Really, this is a shocker.

What could be the reasons for this ‘sexist’ kind of mindset coming out in the findings? Obviously, with lesser number of women at senior and managerial roles the workforce’s exposure to female bosses will be limited. This could be one explanation to the findings of the survey. But then other sectors have lesser female employees but respondents have not outright rejected the idea of a woman boss. Do men feel threatened with more women around ? A very high percentage of respondents have said that female bosses are more ‘considerate and understanding’, yet they would like a male boss.

I am not only shocked but am actually struggling for answers. I wish I could just junk this survey.

We have had another interesting decade! While it was not so engrossing as the 2000s,…

Or, a lake without oxygen? While data is exploding and dancing like never before, AI…

Looking to the future @ Dell Technologies

At the recently held Dell Technologies Summit in Austin, USA, there were a lot of…