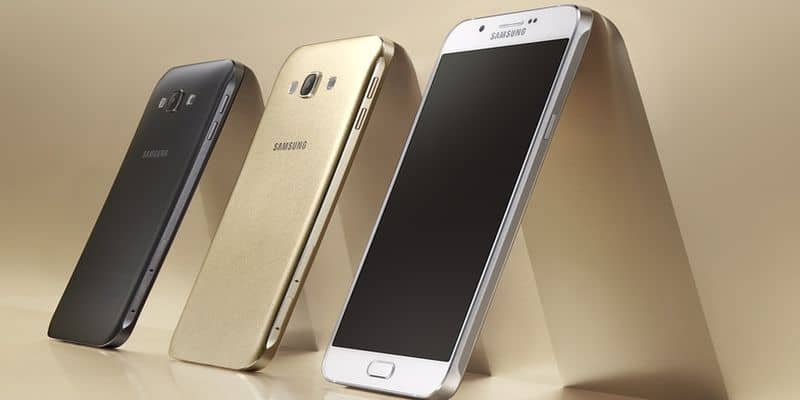 Samsung India announced the launch of a series of short films shot using Galaxy A9 Pro. These films are being made in association with renowned film studio, Phantom Films, as part of the Bold shorties campaign. Bold shorties explore the amazing capabilities of Samsung’s high-resolution video camera packed in Galaxy A9 Pro, flaunting the long-lasting 5000mAH battery for uninterrupted usage. Each film is being shot with a single charge only.

Speaking at the launch of the campaign, Mr. Manu Sharma, Vice President, Mobile Business, Samsung India said, “We are delighted to present Galaxy A9 Pro Bold shorties in association with Phantom Films. The project showcases the marriage of cinema and smartphones facilitated by the long battery life and breathtaking camera capabilities of Galaxy A9 Pro. Moreover, the smartphone enhances the user experience with its 6” Super AMOLED display that offers crystal-clear views of even the finest details.”

Phantom’s leading film makers’ trio of Mr. Anurag Kashyap, Mr. Vikas Bahl and Mr. Madhu Mantena presented their renditions of being bold. Being made as part of the Bold shorties project, the three films will be aired on the official YouTube channels of Phantom Films and Samsung Mobile India.

The Bold shorties series echo the stories of people who defy barriers; people who are bold enough to follow their passions. This theme resonates perfectly with the Samsung philosophy of accelerating discoveries and possibilities.

Recounting his experience of shooting with the Galaxy A9 Pro, Mr. Vikas Bahl said, “The ‘Bold shorties’ is an expression of limitless possibilities, a realization of one’s true potential. These films depict how the human mind can conquer its deepest fears to realize its dreams. The A9 pro is an amazing device that empowered us to do the unthinkable with a phone.”

Commenting on the first Bold shortie he said, ‘It’s Never Too Late’ embodies the philosophy of how it’s never too late in life to chase the true desires of heart. The only thing that counts is passion and a relentless drive.”

Galaxy A9 Pro comes with a stylish glass and metal body designed for discerning consumers who wish to express their unique style via a powerful device. It sports 16 MP rear and 8 MP front cameras – both with f1.9 aperture, allowing users to capture bright and clear photos even in low-light conditions. Priced at INR 29,900, Samsung Galaxy A9 Pro comes in three attractive colours – Gold, Black and White – and is now being launched with Flipkart.

Mr. Ajay Veer Yadav, Vice President, Flipkart, said, “We are delighted to launch Galaxy A9 Pro on Flipkart. This phone is a powerful performer with its bold specs, which is validated by the warm consumer response which it has received. The capabilities of this phone are showcased further through this innovative initiative of Galaxy A9 Pro Bold shorties”.