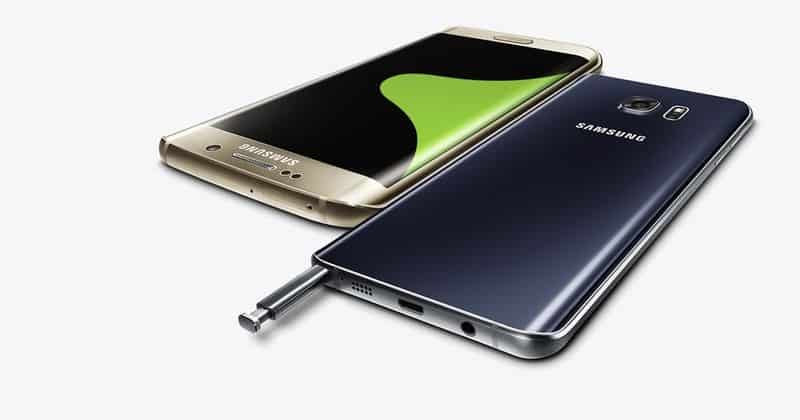 Samsung Electronics today announced the launch of its flagship Galaxy Note5 in India.  With increased 4GB RAM, the smartphone offers the most powerful capacity and processing power in the market, enabling users to enjoy more seamless multi-tasking, keep up with messages, post updates to social networks faster, and enjoy graphic-heavy games without suffering lag time.

Samsung India Vice President, Marketing, IT & Mobile, Asim Warsi, said, “The Galaxy Note has been an iconic device in the world of mobility. The Galaxy Note ushered in the large screen revolution and created an industry benchmark. The Note series has been a testimony to our commitment to keep innovating and giving our consumers what they need. In the beautifully crafted Galaxy Note5, we have pushed the S-Pen based productivity to the next level.”

Make in India
The Samsung Galaxy Note5 is equipped with multiple features designed and implemented by the R&D team in India. Ranging from the multimedia capabilities of the Galaxy Note5 to some of the browser functions, the Indian R&D team has played a key role in the overall development of the device.

The revered camera mode of the Galaxy device has been enhanced by the Live Video Broadcast capabilities of the device. Apart from this, features including Video Collage and Video Highlight have been designed and implemented by the R&D team in India including the Business profile features which help entrepreneurs in promoting their business.

Engineered to help people get more done faster, the Galaxy Note5 includes the all-new S-Pen that feels more solid and balanced in the user’s hand, offering improved writing capabilities and a variety of practical tools. A unique clicking mechanism offers a joyful experience of popping the S-Pen out with just one quick click. Users can now quickly jot down ideas or information when the screen is off without even unlocking the phone. The ‘Air Command’ feature gets more intuitive and practical as well; now the icon hovers for instant access to all of S-Pen tools from any screen at any time. Users can also annotate on PDF files and capture lengthy web articles or long images at once via ‘Scroll capture’.

As social networking becomes more ubiquitous, consumers expect to share the moments of their lives through photos and video and Samsung is enabling that desire with improved video capabilities.

These include Steady Video, which provides Video Digital Image Stabilization for sharp, crisp video on-the-go, and Video Collage Mode, which allows users to record and edit short videos easily in various frames and effects. The Galaxy Note5 also feature 4K (UHD) video filming and Live Broadcast, which lets users instantly live stream Full HD video straight from the phone to any individual, group of contacts, or even the public through YouTube Live. Anyone who receives the YouTube link from a Note5 user is able to enjoy live stream video from his or her smartphone, tablet, PC or Smart TV with YouTube connectivity.

The Galaxy Note5 comes with an upgraded version of Side Sync, which offers both wireless and wired integration of the mobile with PC or tablet for seamless connections across devices. Thanks to auto-detection and an ultra-quick setup, users can instantly connect their Samsung device to their PC or tablet for easy access to files and data across all platforms and operating systems.

In addition, Samsung’s Galaxy Note5 is enterprise ready and is equipped with enhanced security features like KNOX Active Protection (built into devices/out of the box) and My KNOX (app with simple/fast setup) to further protect sensitive personal and work data.