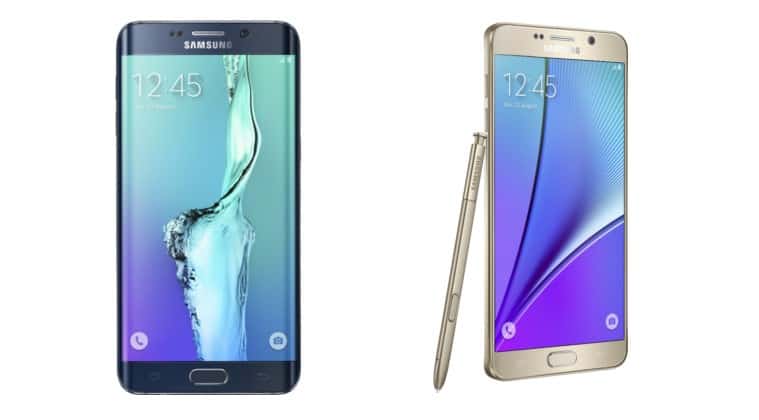 As part of its popular note series, Samsung has launched two new big screen phones – Galaxy Note5 and Galaxy S6 edge+ at an event in New York. The devices will be reportedly available starting end of August, 2015.

The Galaxy Note5 comes with better screen and battery and also claims to be the first premium phablet from the company.

The two models are powered by a Samsung Exynos octa core, 64 bit chip and 4GB RAM

Both Note5 and S6 edge will be available with 32GB or 64GB storage options in White Pearl, Black Sapphire, Gold Platinum and Silver Titanium variants.

Both of the models feature a 5.7-inch Quad HD (2560 x 1440p) Super AMOLED displays. The S6 edge+ model has a dual edge screen with extended curved displays on the edges.

Samsung Electronics today announced the launch of its flagship Galaxy Note5 in India.  With increased…