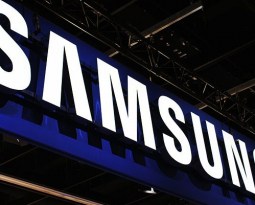 “Samsung’s new 4-bit SATA SSD will herald a massive move to terabyte-SSDs for consumers,” said Jaesoo Han, Executive Vice President of memory sales & marketing at Samsung Electronics. “As we expand our lineup across consumer segments and to the enterprise, 4-bit terabyte-SSD products will rapidly spread throughout the entire market.”

With its new 1Tb 4-bit V-NAND chip, Samsung will be able to efficiently produce a 128GB memory card for smartphones that will lead the charge toward higher capacities for high-performance memory storage. Typically, as data stored within a memory cell increases from three bits to four, the chip capacity per unit area would rise and the electrical charge (used to determine information from a sensor) would decrease by as much as 50 percent, making it considerably more difficult to maintain a device’s desired performance and speed.

However, Samsung’s 4-bit 4TB QLC SATA SSD maintains its performance levels at the same level as a 3-bit SSD, by using a 3-bit SSD controller and TurboWrite technology, while increasing drive capacity through the use of 32 chips, all based on 64-layer fourth-generation 1Tb V-NAND. The 4-bit QLC SSD enables a sequential read speed of 540 MB/s and a sequential write speed of 520 MB/s, and comes with a three-year warranty. Samsung plans to introduce several 4-bit consumer SSDs later this year with 1TB, 2TB, and 4TB capacities in the widely used 2.5-inch form factor.

Since introducing the 32-gigabyte (GB) 1-bit SSD in 2006, which ushered in the PC SSD era, to today’s 4TB 4-bit SSD, Samsung continues to drive new thresholds for each multi-bit generation. In addition, the company expects to provide M.2 NVMe SSDs for the enterprise this year and begin mass production of 4-bit fifth-generation V-NAND. This will considerably expand its SSD lineup to meet the growing demand for faster, more reliable performance across a wide span of applications, such as next generation data centers, enterprise servers and enterprise storage.