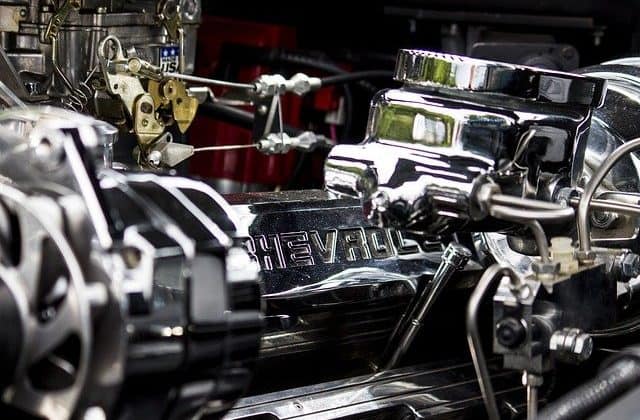 Voice commanded vehicles have come out of the Hollywood movies and comic books and many have already made their way onto our roads. The day is not far when autonomous vehicles will become as normal as the typical automobiles of the present day. Self-driving Uber taxis and driverless trucks from Volvo have entered development as well as production. Tesla and Google are also competing majorly in the self-driven voice-operated vehicle segment.

There is no doubt that technology companies and new-age start-ups are leading the change towards making self-driven vehicles and voice assistants in cars, the norm on our roads. However, the conventional automobile giants are not watching from the sidelines either. General Motors has made a billion-dollar acquisition of Cruise Automation, a start-up developing self-driven vehicles and closer at home, companies such as Tata Motors have been partnering with voice technology companies to create their own Internet of Vehicles (IoV) ecosystem. Ford is expected to start mass production of its self-driving vehicles this year. These are some of the developments and plans that are shaping the future of connected mobility or the IoV industry which is expected to be worth well over half a trillion dollars by 2035 and is likely to account for 25% of all vehicle sales by then. This surge in interest and evolution of the vehicles has now started materializing due to a clear shift in consumer behaviour enabled by the technology advancement. There are two major situations driving this change.

With cities expanding outwards exponentially and rising incomes making vehicles affordable, distances are increasing and roads are more crowded than ever. In India, people commuting through major urban areas or those living in suburban areas are spending as much as 3-4 hours a day in their vehicles. Once the vehicles become self-driven, they will offer mobility to elderly, people with disabilities and children. The travel experience will become more comfortable and people won’t mind spending more time in their cars. Once the cars start driving themselves, people will start spending more time on other pursuits even on road. As per Kearney, self-driving vehicles could create up to 1.9 trillion minutes of idle time for passengers by 2030.

The era of mobility as a service

Self-driven cars will also create a greater market for mobility-as-a-Service (MaaS) wherein the preference will switch from personally owned vehicles to on-demand mobility solutions championed by companies like Uber or other car rental firms such as Zipcar. There is a 30% CAGR witnessed in the global car club memberships and there are already an estimated 26 million members in such clubs now. Brands like Daimler and BMW are already on to this trend and have entered the segment with Car2Go and Drive Now respectively.

The emergence of SaaS in vehicles

The rise of on-demand vehicles will lead to a massive demand for Software-as-a-Service (SaaS). This is where Smart Voice AI technology will dominate. The software layer will manage various car functions and who knows, possibly also the running of the vehicles. It will also provide services and facilities to consumers that make their transportation experience better. This will augur well for the vehicle makers and is probably the reason why car makers are increasingly collaborating with voice-tech start-ups to integrate voice assistants and other SaaS products into vehicles. Morgan Stanley projects the software and application layers to constitute almost 60% of autonomous vehicles in the future.

The growth rates of conventional automobiles will steadily decline and in another decade or two, the non-software driven vehicle segment will become stagnant. In such circumstances, OEMs who wish to stay relevant to the automobile industry of the future will have to make certain considerations.

First and foremost, it must be ensured that there are software stacks that seamlessly integrate with the vehicle interface. To achieve this, OEMs should work closely with the technology companies developing solutions such as AI-driven voice assistants that can control the vehicles, and offer connectivity with other vehicles.

With this in mind, our recommendation would be to work closely with all the technology companies developing operating systems solutions to ensure that the hardware/software integration is as smooth as possible. This will in turn drive sales of the hardware, which will remain the core competency for many years to come. In the meantime, we would encourage current industry incumbents to think ahead on what types of applications consumers will find most useful and to position themselves and start developing these accordingly.

Depending on the company’s approach, it needs to be decided whether an OEM will opt for owning the entire chain including the software development, vehicle manufacturing and retail or forge a partnership on the lines of Android/Microsoft and Google which allows one partner to focus on the software development and its integration into the hardware developed by the other partner/partners.

Going by the transformation ushered in by open to market systems such as android, the outcome is expected to be better. OEMs are unlikely to cultivate the same technology development expertise as tech start-ups or established companies offer. Thus, we are more likely to see the trend of dual approach where hardware optimization and application development are simultaneously carried out by partners.

In this regard, when we look at the voice tech development companies there are some innovative start-ups in the arena which have spent years developing cutting-edge innovations and products that offer the whole stack of voice AI. These companies are offering voice assistant tools powered by AI and Natural Language Processing platforms. Thus, the vehicle makers not only get the most suitable voice support that enhances the user experience, but, also get access to superior interaction analysis. This is made possible by the advanced NLP-based interaction data generation which not only provides companies with insights about the commands and preferences of the consumer, but also an ability to analyse factors such as the tonality of speech.

Partnering with the right provider

The key to creating successful SaaS-driven vehicles for the future lies in finding the right partner. For instance, an Indian vehicle maker aiming to dominate the domestic market in the years ahead would be better off partnering with an Indian voice technology company that can offer products capable of responding to Indian vernacular language commands and Hindi apart from English. This is an area where futuristic start-ups can prove to be any company’s best option. There is also a trend of M&A to turn such technology companies into captive units and these are the changes that will shape the future landscape of the global automobile industry.

Posted by: DQINDIA Online
View more posts
SaaS applications: Transforming the future of auto industry 0 out of 5 based on 0 ratings. 0 user reviews.
Why prediction in cybersecurity matters now more than ever?
NIIT University Launches New BTech Degree in Data Science, and 3 Other Programmes: Here Are the Details

Why DevOps is essential for the growing Gaming Industry in India

Is data mart the real deal?

One response to “SaaS applications: Transforming the future of auto industry”