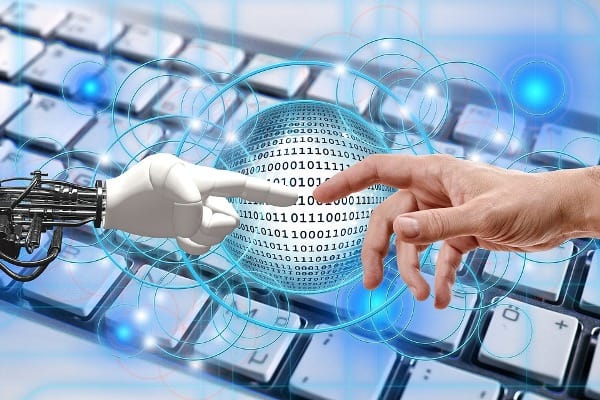 A fundamental transition is happening on both the supply and demand side of IT as automation which was a talking point a few years ago is at the threshold of becoming a baseline soon. One of the critical factors of automation of enterprise workflow and processes is Robotic Process Automation (RPA).

According to experts at Ui Path, they say that “Robotic Process Automation is the technology that allows anyone today to configure computer software, or a “robot” to emulate and integrate the actions of a human interacting within digital systems to execute a business process. RPA robots utilize the user interface to capture data and manipulate applications just like humans do. They interpret, trigger responses and communicate with other systems in order to perform on a vast variety of repetitive tasks. Only substantially better: an RPA software robot never sleeps, makes zero mistakes and costs a lot less than an employee.”

According to a Gartner observation, “RPA tools mimic the “manual” path a human worker would take to complete a task, using a combination of user interface interaction describer technologies. The market provides a broad range of solutions with tools either operating on individual desktops or enterprise servers.”

What RPA is ushering has multifold ramifications. It takes us closer to the debate of is 100% uptimes a reality. At the heart of the RPA debate is the concept of “ A Robot for every person”. This is indeed a radical thought that will completely change the workplaces of the future and one can imagine the impact if each and every employee so empowered with a robot.

In an interview to Technomy, Daniel Dines, Co-Founder, and CEO of Ui Path remarked, “ The robots are coming, but they aren’t what you think. Just as PCs appeared on every office worker’s desk in the 1980s, soon every worker could have their own software robot.”

Indeed this sets the tone and the context of the times to come. But any debate of automation creates a job scare, but to an extent, that is a reality. In the context of Robots for every person, what it means is, it is a huge relief for employees to free away from a mundane task and focus on the big picture. At the same time, when an employee is doing only mundane jobs, then the job will be cannibalized with robots.

According to Gartner, Global RPA software is estimated to reach $680 million in 2018, an increase of 57 percent year over year,  the RPA software spending is on pace to total $2.4 billion in 2022. Gartner estimates that 60 percent of organizations with a revenue of more than $1 billion will have deployed RPA tools by the end of the year. By the end of 2022, 85 percent of large and very large organizations will have deployed some form of RPA. The growth in adoption will be driven by average RPA prices decreasing by approximately 10 percent to 15 percent by 2019, but also because organizations expect to achieve better business outcomes with the technology, such as reduced costs, increased accuracy and improved compliance.

Experts also caution that RPA is not a one-size-fits-all technology and there are cases where alternative automation solutions achieve better results. RPA solutions perform best when an organization needs structured data to automate existing tasks or processes, add automated functionality to legacy systems and link to external systems that can’t be connected through other IT options.

Top 5 things to consider for an RPA implementation

There will be more convergence between RPA and AI : Infogain

Clover Infotech is a comprehensive IT services and solutions provider that digitally transforms business operations,…