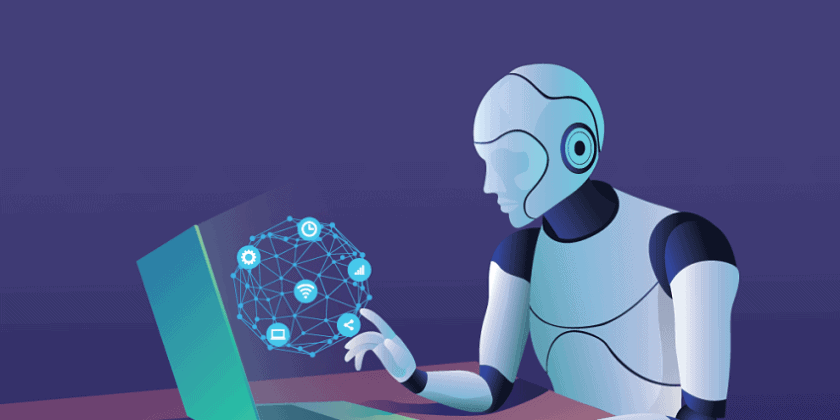 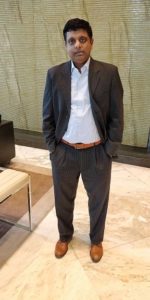 Narendran Thillaisthanam: When robotic process automation (RPA) first landed on the enterprise landscape a few years ago, many CIOs were attracted to it, not because of the technological marvel that it promised. In fact, many of them saw RPA simply as an earthly technology scripts on steroids.

RPA overcame this initial brouhaha, mainly because it promised to cut the red tape between IT and business.

To elaborate on this idea, one should understand that many enterprises have upwards of 100+ enterprise software. Moving data seamlessly between applications was a chore, and often humans were employed to fill the gaps such as downloading a file from ERP, uploading it to SharePoint, opening an email, attaching it, etc. Consequently, many BPO agents specialized in such mundane and repetitive task

Web services promised to bring a degree of freedom, but they required IT plumbing every time there was a change. Consequently, the IT department was saddled with a long list of requests from the business teams.

Only the more strategic requests were funded by the business or approved by the CIO office. The list of small and incremental changes had to wait in the backlog; the tech debt kept on growing in the meantime.

When RPA entered into the fray, many visionaries were attracted by the promise of digital workers who did not demand any additional plumbing by IT at the application or at the database level.

These digital workers were simply content to re-use the existing user interfaces and the governance policies that were already in place. In other words, the digital workers became silent warriors in the quiet of the night often mimicking the work of human beings without any fanfare, attention, or frills.

It did not take long for the CIO office to recognize the power of the quietude. RPAs brought the much-needed freedom to business owners who can bring those incremental, task-based automation at warp speed.

The CFOs had an entirely different reason to smile at the RPA wave. Literally, overnight, the RPA technology brought life to their age-old mainframe and ERP applications, thus extending their shelf life. CFOs quickly realized that they could get more out of their sunk costs.

Enterprises adopted RPA in droves and reported some hard-to-believe numbers. One study by a leading consulting company shows productivity gains of 86% with 92% improved compliance! The study noted that the payback period was merely 12 months.

RPA simply exploded on the software scene in a short timeframe. According to a leading research firm, in 2018, the RPA market grew upwards of 60%. A CAGR of 32% plus has been predicted through 2025.

By 2019, more than 72% of respondents surveyed by a consulting firm would have embarked on their RPA journey staggering adoption by any measure.

Enthused by early success, today RPA is seen by many enterprises as their entry point to their hyperautomation journey. Like the adage, good begets begets, RPA, in good company with AI, Process Discovery, and OCR technologies is poised for the greater good.

DQ: How is RPA providing an edge to enterprises to contest cloud wars?

Narendran Thillaisthanam: The cloud war is nearly a decade old. Ever since Microsoft, a relatively late entrant to the game of cloud entered the fray in 2010, life has not been the same.

For a relentless period of ten years, cloud providers have been aggressively expanding their portfolio, even as competition between Amazon, Microsoft, and Google heated up.

However, one might be tempted to say that the cloud war has just begun. Call it cloud war 2.0, the competition has upended itself into a different trajectory moving away from the traditional IaaS (Infrastructure as a service) toward sophisticated offerings such as AI services and RPA services.

Traditional cloud providers who have experience in managing infrastructure would abstract the provisioning of the bot infrastructure and not have enterprises bother with such formalities.

What it means for enterprises is that they can simply rent a bot for a few hours to a few months or years or anywhere in between.

Digital workers, just like most temp workers will be paid hourly!

These digital workers will not only do mundane tasks, but armed with AI capabilities they can take care of invoice processing in the morning, help customer support teams with ticket classification in the afternoon, and help call center workers at night by becoming their digital assistants via attended automation.

Attended automation is where the humans and digital workers operate in tandem in real time, typically in a call center type situation. For example, when the human operator takes the call from the customer and even while the agent is talking to the customer, she can take the help of the bot to navigate to the inventory application and get the order status.

Tomorrow’s cloud providers would help enterprises rent a bot, not any bot, but experienced and skilled bots.

This would be sweet music for any company needing to manage variety and variations in their businesses. (Frankly, most businesses suffer from such cycles.) For banks and finance companies, it means they can now rent additional digital workers to close their quarterly books and not bother about paying for excess capacity all year long. Similarly, retail companies can manage their December seasonal spike by renting capable digital workers from these cloud providers.

Microsoft, one of the biggest cloud providers has thrown its gauntlet by its acquisition of the RPA software provider, Softmotive. It is only a matter of time before Microsoft blends cloud infrastructure capabilities with RPA. Bot bursting, just like cloud bursting, would not be a far-off concept.

They say, marriages are made in heaven, but the marriage of digital workers and AI technologies will likely shake up the digital cloud!

DQ: How RPA is an attractive solution to complex artificial intelligence solutions?

Narendran Thillaisthanam: Today’s RPA systems have come a long way from simple robotic desktop automation, introduced a few years ago. Gone are the days when RPAs can do only mundane rule-based tasks.

Today’s RPA systems (and I will use the word next-gen RPA to denote them) have evolved tremendously. These digital workers have acquired newer capabilities such as vision and conversational capabilities based on AI.

The next-gen RPA systems can also embed Machine Learning (ML) algorithms whereby developers can not only use the built-in ML libraries but also bring their own or 3rd party libraries and plug them into RPA.

For example, UiPath has a component called AI Fabric using which users can leverage several ML models native or custom. For example, using AI Fabric, banks and loan processing companies such as mortgage companies can deploy digital workers to look at new loan applications and predict the loan default ratio of the applicant based on various parameters such as the applicants credit history, employment history, spending patterns, and so on.

These digital workers are getting better and better at such knowledge work and in this case, can co-work with loan officers in helping him or her make the final decision.

Yet another example of RPA marrying AI technologies is the case of email classification. For example, while handling large customer support tickets, digital workers can now parse the email, analyze the sentiment of the email – if the customer is extremely upset, they can route it to a specialist who is good at handling such customers and so on.

Invoice processing is another example. Blue Prism, another topline RPA vendor, promises to bundle OCR and document classification examples out of the box. Thus the Blue Prism digital workers can read invoices, extract relevant fields, and process them, thus reducing mundane, manual work by using AI technologies very smartly. Other vendors such as Automation Anywhere use technologies such as IQ Bot to do the same operation.

Finally, one should also understand that these digital workers who are acquiring intelligence and newer capabilities can improvise themselves by using learning  technologies. For example, if an RPA bot failed to read the name of a supplier correctly, thereby requiring human intervention, these bots can learn from such mistakes. So, the next time, if the invoice comes from the same supplier, the bot would have learned from the previous mistake and can get the supplier name correctly this time.

Think of RPA as the vehicle through which enterprises can embark on their AI journey.

DQ: How RPA has increased more customer base for businesses today?

Narendran Thillaisthanam: For several companies looking to expand their customer base, scaling is an important criterion and automation is one way by which companies can scale. Digital workers often take up the mundane work from human workers liberating them to take up higher-value tasks. This results in increased employee satisfaction, which in turn, results in higher productivity.

For a retail chain that opens new stores or ships additional products, it is important to provide the same experience that their customers are used to. If the customer experience dips, then disgruntled customers would walkway disrupting the company’s expansion plans.

This is exactly how an eCommerce company used UiPath’s digital workers to increase to free up their employees to focus on higher-value tasks. Since these bots work 24×7, managers are often pleased to note that on Monday morning, when they come in, a lot of their mundane tasks have been crunched by the bots overnight or over the weekend.

Hexnode, the enterprise software division of Mitsogo Inc. was founded on a mission to build…

MSME are still way behind on the cyber security learning curve: Synersoft

Synersoft, a maker of path breaking and disruptive technology for SMEs, now branded as BLACKbox,…