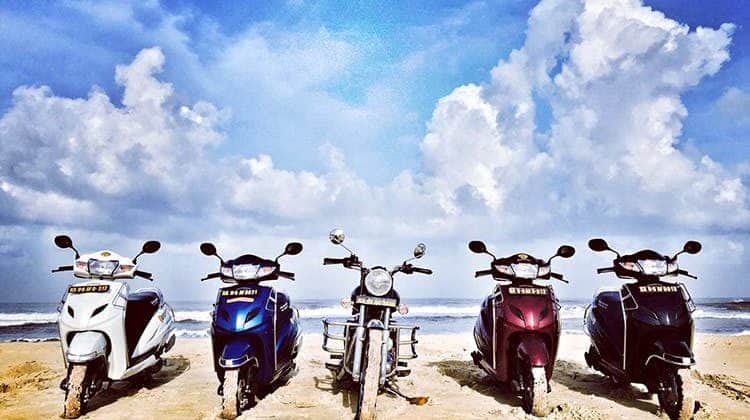 The Making of Royal Brothers

“From today onwards, there is no turning back,” said Abhishek Chandrashekhar’s college professor Manjunath. Abhishek reminisces a memory, as fresh as yesterday, from his college day when his professor approached him with a startup plan for bike rentals in a canteen. The founder of Royal Brothers (RB) initially targeted ZoomCar as RB’s benchmark.

In July 2015, South India’s first ever authorized & officially licensed bike Rental Company came into being. RB was driven by a very focused and strong team, who soon launched its operation in various locations of Southern India. Fast forward to 2017, RB defined itself exceptionally socially by picking up the most sensitive topic in the industry – speed limits for the youth.

With zero knowledge about the industry one is venturing into, it’s but natural for everything to feel like a challenge. Right from understanding bikes, how rentals work to increase sales and more, RB team had to study it all! Abhishek clearly recollects the biggest hurdle they faced – to get an official nod from the RTO and other dignitaries to run the self-ride motorcycle rental business. Thus rendering to ample delays in the process.

Just when they didn’t understand how to get the business up and running, came the shining light in their dark tunnel, an IAS officer from Andhra Region. The officer helped RB heavily as he was quite impressed with the business idea. With utmost commitment and patience, the path seemed clearer and journey went on.

Initially, payments via NEFT were accepted by royalbrothers.in. But as the company grew roaring heights, they started accepting online payments only. This transformation from NEFT to online payments was made possible by PayU’s deep tech solutions and integration support.

Royal Brothers has been using PayU’s SDK mobile integration, Website integration and email invoicing feature since 2015. To improve transaction success rates, PayU offered them a seamless integration, which is, redirection-less checkout which helped them improve the user experience. They also use PayU’s Payout Product as they have to collect security deposit for each transaction and this amount has to be refunded once the booking is over. The Payout Product ensures that instant refund is processed to bank accounts, VPA and cards.

Abhishek feels that the shortest turnaround time period to address grievances is one of the strong reasons for Royal brothers to integrate with the leading payment gateway of India. He has observed the business scaling up progressively ever since they partnered with PayU payment gateway.

Royal Brothers aims to spread deep and wide in the Indian regions. They want to give the best to their customers, be it with choicest rental motorcycles or the online payments experience. They also aspire to grow large in the international markets. Royal brothers’ have pinned their hopes high on 2020 to become largest motorcycle Rental Company internationally!

The economy has witnessed a rather grave cash crunch, post the announcement of Prime Minister…

PayU India appoints Pradeep Shekhawat to Head the SMB Business division of its operation. The…

PayU India, announced the in-principal approval given to it, by the Reserve Bank of India…