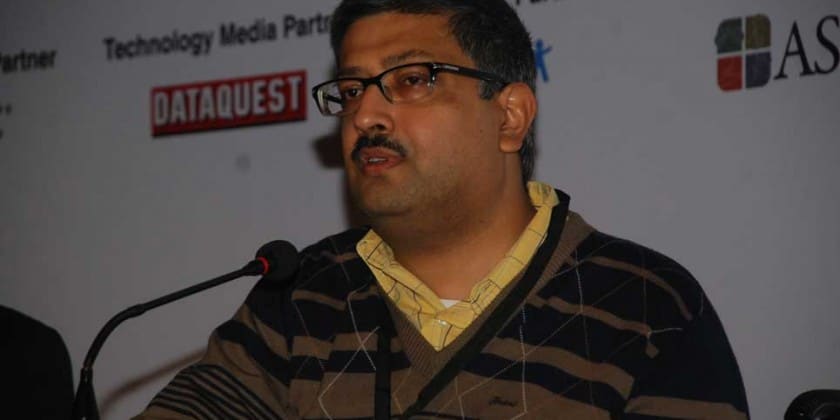 The DEPwD (Department of People with Disability) is going to organise a significant roundtable panel discussion on Information Accessibility jointly with the National Centre for Promotion of Employment for Disabled People (NCPEDP) at Leela Palace, Bangalore on the 1st of July 2016 from 9.30am to 12.30pm. The roundtable will be supported by MPhasis and the NASSCOM Foundation. It will be attended by more than 70 participants from the government departments and from various private sector companies and start ups.

The aim of the roundtable is to sensitise companies about the overall cause of disability and the importance of accessibility in all spheres of life especially Information and Communication Technologies for ensuring barrier free and independent life for people with disabilities. To also create awareness amongst companies on how to make their own websites, products and service offerings accessible for persons with disabilities at the initial stages of planning of R & D.

The Roundtable will explore topics such as the meaning of accessibility, current state of disability, Government of India directives and the global mandates, ICT for the disabled as an accessible domain and also as a medium to empower them and to make knowledge more accessible to them, challenges and propositions of solutions, among others.

Javed Abidi, Honorary Director of the NCPEDP and Mukesh Jain, Joint Secretary, Ministry of Social Justice and Empowerment will be among the many notable speakers.

The Foundation of Ideas

Many people who live in the democracies across the world don’t really understand the true meaning of democracy. India is no exception to this. The popular belief that democracy primarily means voting a popular government to power is quite erroneous and inadequate. Democracy in fact rests on the ideational foundation that all human beings are free and equal. This is the primary guiding principle of Democracy and the right to vote and all other rights derive from this guiding principle. Unless we make it our worldview that we have to treat all people as free and equal, we are not living in a true democracy, no matter whether we are voting a government to power or not. And this worldview has to show in all our thoughts, actions and speech. Unfortunately, there is hardly a democracy in the world where this guiding principle is adopted as the society’s vision of life in all aspects. Many kinds of inequalities exist in various societies and unless these inequalities are removed, Democracy is being overshadowed by the autocracies in various disguised and expressed forms in all these societies that perceive themselves as democracies. This perception is largely illusory and it is the responsibility of each one of us to strive to eradicate these autocratic structures. Providing the disabled citizens access to information through information technology is one such step in this direction of enlarging the true democratic space in a country like India that aspires to be a true democracy in the coming times.

The disabled people have much lesser access to the democratic rights because of their greater struggles in life. Further, as we all know, Knowledge is Power. Those who have traditionally controlled knowledge in a society have traditionally controlled the power structures. However, there has been an increasing awareness that in a true democracy, knowledge should be free and easily accessible to all. Only then all citizens of a democracy can be called equal and free in the true sense of the word. Because of this, the very idea behind free information on the Internet is that this information and the knowledge coming from the information should be freely accessible to all people in the world. The real question is; are we able to make this free and easy information accessible to the weakest sections of the society, which include the disabled people? What are we doing to make this happen in real terms?

In order to protect the democratic rights of the disabled people, the United Nations held a Convention on the Rights of Persons with Disabilities (CRPD), which was adopted on the 13th of December 2006. It included protecting and making accessible to the disabled people the democratic rights by all Member States and enjoined upon the participants to make special endeavours to make these rights accessible to the disabled people. In accordance with its article 42, the Convention and its Optional Protocol opened for signature by all States and by regional integration organisations at United Nations Headquarters in New York on 30 March 2007. Following ratification by the 20th party, it came into force on 3 May 2008. By May 2016, it has gained 160 signatories and 164 parties, including 163 states and the European Union, which ratified it on 23 December 2010 to the extent responsibilities of the member states were transferred to the European Union.

India’s then External Affairs Minister Pranab Mukherjee on 1st of October 2007 ratified the UN Convention on the Rights of Persons with Disabilities.

The Convention on the Rights of Persons with Disabilities provides that States which ratify it should enact laws and other measures to improve disability rights and also abolish legislation, customs and practices that discriminate against persons with disabilities.

It is remarkable that the United States has not ratified the CRPD yet. It is only a signatory to the Convention and hence, protection of the rights of the disabled in the US is suspect.

In this context, it is important to refer to the study titled Disability and Information Technology by Eliza Varney and published by the Cambridge Disability and Law and Policy Series in March 2015. This study explores the state of law and policy regarding disability in the North America and Europe and makes the case for formulating the disability laws and policies in the world’s democracies based on the guiding principles of Democracy rather than socio-economic norms and making the UNCRPD as the benchmark for the formulation of these laws and policies.

Further, The United Nations Economic and Social Commission for Asia and the Pacific (ESCAP) gathered in Incheon, Republic of Korea from 29th of October 2012 to 2nd of Nov 2012 and adopted the Incheon Strategy to “Make the Rights Real” for persons with disabilities in Asia and the Pacific.  The Incheon Strategy builds on the UNCRPD and provides the first regionally agreed disability inclusive “Development Goals”.  The Goal No. 3 of the Incheon Strategy mentions that access to the physical environment, public transportation, knowledge, information and communication is a pre-condition for persons with disabilities to fulfil their rights in an inclusive society.

Since India is a ratifying participant to the CRPD, it is a responsibility of the Indian government to enact laws, make efforts through actions to make the democratic rights accessible to the disabled people and to eradicate any form of discrimination against them.

It is to the credit of India that it has been making efforts in the direction of protecting the rights of, extending a state-supported empowerment system for and eradication of discrimination against the disabled people long before the UNCRPD happened. In 1995, India enacted the Persons with Disabilities Act to empower the disabled and to eradicate discrimination against them. Among its many provisions were included an imposition on the government at all levels whether Centre, state or local, to provide equality in education and employment to the disabled and affirmative action programmes to provide aids and appliances to them.

After ratifying the UNCRPD, India has accelerated its efforts in these directions. Especially with the coming of the Information and Communication Technology (ICT), efforts have been made to make information accessible to the disabled in greater intensity. The Department of the Information Technology issued a draft for public consultation on the National Policy for the Electronic Accessibility on 31st of March 2010. The policy recognised the need to eliminate discrimination on the basis of disabilities and to facilitate equal access to the ICTE (Information & Communications Technology and Electronics). The National Policy also recognised the diversity of persons with disabilities and provides for their specific needs. It recognised the need for ensuring that accessibility standards & guidelines and universal design concepts are adopted and adhered to. The Department of Information and Technology also initiated E-Learning and R & D Projects during Xth and XIth Plan periods. Amongst its various projects was begun on the 10th of May 2011 the Adaptable E-Learning Accessibility Model for the Disabled, a 24 months long programme by the CDAC Bangalore and Hyderabad.

The Guidelines for Indian Government Websites (GIGW) has been developed by the National Informatics Centre (NIC) and adopted by the Department of Administrative reforms and Public Grievances (DARPG) in February 2009. GIGW refers to the term ‘Universal Accessibility’ which is to make a website accessible to ALL irrespective of technology, platforms, devices or disabilities of any kind and also very clearly states that with an aim to harmonise with WCAG, states following the mandatory guidelines shall insure compliance to W3C Web Content Accessibility Guidelines 2.0 (Level A).

Carrying forward this vision of India vis-a-vis the disabled people, the current Indian government under the aegis of the Department of Empowerment of Persons with Disabilities (DEPwD), Ministry of Social Justice and Empowerment, has formulated the Accessible India Campaign (Sugamya Bharat Abhiyan), as a nation-wide campaign for achieving universal accessibility for PwDs.  The campaign targets three separate verticals for achieving universal accessibility, namely the built up environment, transportation eco-system and information & communication eco-system.  The campaign has ambitious targets with defined timelines and will use IT and social media for spreading awareness about the campaign and seeking commitment/engagement of various stakeholders.

It is hoped that the Roundtable on the Information Accessibility for the disabled will make further contribution towards increasing awareness among the business class of the society about the need to empower the disabled people by making the ICT available to them easily and affordably.

Bridging the digital divide: Why flagship campaigns such as Digital India must include disability

By: Dorodi Sharma, Advisor to Chairperson, Disabled People’s International The excitement in his voice is barely…