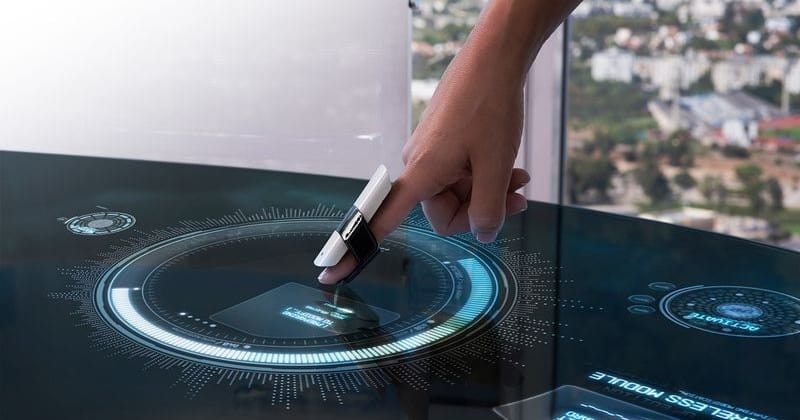 Digital technologies including smart devices (e.g. smartphones and wearables) and cloud computing applications have emerged as catalysts for rapid economic growth and consumer empowerment across the globe.
The emergence of smart devices is the key to the vision of a Digital India. The Indian government envisions transforming our nation and creating opportunities for all citizens by harnessing digital technologies and to empower every citizen with access to digital services, knowledge, and information.

Mobility, Analytics, and Cloud are the foundations that will enable the Digital India visions of providing ‘e-governance and services on demand’ and ‘digitally empowering citizens’ and support the social inclusion schemes being launched by the government.

• Infrastructure as a utility to every citizen
o The initiative is aimed at providing connectivity through fixed-line broadband, mobile connectivity or Wi-Fi hotspots
o Every citizen would be provided with a unique identity with lifelong validity that can be tied up with mobile number and bank account to enable digital banking
o Access to Common Service Centre (CSC) would be improved and shareable cloud space on public cloud servers would be provided

• Governance and Services on Demand
o The initiative plans to create seamless integration across multiple government departments and jurisdictions, and make services available on online and mobile platforms
o Financial transactions would be made cashless and electronic, and entitlements would be available on the cloud
o The ease of doing business in India would be improved

• Digital Empowerment of Citizens
o The initiative would provide universal digital literacy to empower citizens to use digital platform/devices
o Universal access to digital resources would be provided, wherein all documents would be available in digital form on the cloud and accessible on mobile devices
o Government services would be provided in local languages and a platform would be made available to citizens for participative governance
Digital technologies are being increasingly used by people in everyday lives from e-governance, e-commerce, digital banking, and retail stores. These new technologies enable the government to provide efficient services to the citizens.

Majority of the Indians have access to Internet though smartphones and with the advent of the smartphone revolution more and more people in the cities have access to social media, e-governance and e-commerce services.

The adoption of smartphones in India is growing at a rapid pace with the current share of smartphones at 29.8%. India is the second largest smartphone market in the world, having surpassed the US in January 2016.
The smartphone adaption in India is growing atfastpace ever due to reduction in cost of mobile technology/devices and this is made possible with the adoption of open source platforms (e.g. Android)andalso due to the deployment of next generation wireless standards by operators e.g. 4G LTE with improved coverage and reduced billing rates for both voice and data services.

Leveraging the adoption of smartphones, the Indian government aims to bridge the digital divide and provide e-governance, e-commerce, digital banking services etc. this will also enable government to create 100 smart cities by 2022 with high-tech communication capabilities and civic infrastructure across the country for the efficient governance and services on-demand made available on smart devices.

The wearable devices market is at a nascent stage right now and penetration in India is much lower in comparison to markets like US or China.The popularity of wearable devices is restricted to urban sectors with a relatively higher disposable income.

India’s smartphone market has made it easy for the adoption of wearable devices. This is important as smartphones are a prerequisite to fitness trackers since they require a smartphone app as the primary interface.
Fitness trackers accounted for 88% of the 400,000 wearable devices sold in India in the first quarter of 2016.The wearables market in India is also growing rapidly, specifically in urban areas with higher incomes. The top vendors during Q1 2016 included Xiaomi (27% market share), GOQii (18%), and Fitbit (6%).

The price of fitness trackers has decreased as the underlying technology has become main stream. The health sector is the most promising area for wearables adoption where demand and adoption has been steady.
Wearable technology devices form a major part of the Internet of Things (IoT) ecosystem and are expected to have a far reaching influence in the fields of fitness, medicine, disabilities, education, and transportation which aligns with the Digital India revolution.

Key Challenges to meet the Digital India objectives:
• Providing high-speed broadband coverage on highways connecting about 250,000 villages, various government departments, universities, etc.
• Providing mobile connectivity to about 42,300 villages and creating a platform through growth of infrastructure such as laying optical fiber cables
• Making devices available in an affordable manner by encouraging research, development, and manufacturing of electronic devices
• Targeting net-zero imports by 2020 through various actions in areas such as taxation/incentives, economies of scale, skill development, government procurement, etc.
• Incentivizing their adoption by linking basic services and facilities like subsidies to these initiatives
• Imparting relevant skills to ensure that citizens not only adopt these technologies but also contribute to them through skill development programs
• Focusing on execution of project within short timelines, such as IT platform for messages, e-greetings from the government, biometric attendance, Wi-Fi in all universities, etc.