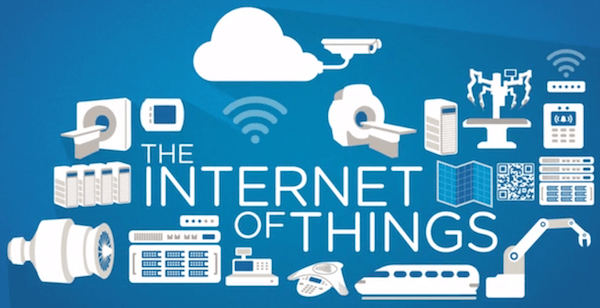 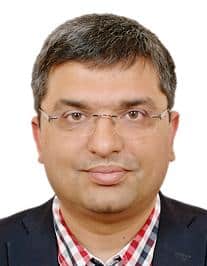 Our species has evolved 100 times faster in the past 5,000 years than at any other time in human evolution. It is interesting to note that it took mankind 11,000 years to experience the first revolution- the Industrial Revolution. The charkha got replaced by power looms which improved productivity many fold. The industrial revolution changed the dynamics of a society driven by rapid urbanization and rise of cities, working women, the rise of the middle class and the opening of more universities. The field was getting ready for the next big revolution which came after 150 years with the advent of Internet. The Internet Revolution predominately brought with it changes that were not only technological but societal and epic in scope. Access to information combined with global supply and demand re-shaped established conventions.  The next big thing that has disrupted our lifestyle, use of technology and ways of doing business in less than 20 years is the Internet of Things (IoT).

IoT is emerging as a disruptive technology of the 21st century-truly an extension of the Internet further into the physical world.  It joins sensors, devices, data and connectivity together to make the Internet a mesh of Things which can interact, exchange and even act with intelligence.  IoT is gaining traction, and though it is still evolving, promising and pragmatic applications are seen in verticals such as the ones listed below.

AGRICULTURE
Nearly 58% of the total employment in India is through agriculture. Farmers are among the most debt-ridden in our country and live on the edge due to heavy dependency on monsoon rains, unpredictable weather leading to floods and droughts in unexpected seasons, overuse of land leading to soil corrosion and under- utilization of farming land due to smaller holdings.

IoT can enable agriculture by creating a network of connected informatics, enabling real-time information on weather,  alerts on soil condition when the pH balance changes for a given crop, river bed monitoring for flood and alerts, and even market demand for selling crops with better margins.  It can provision for consultative services for crop sowing to insecticide control to improving the quality of yield, and autonomous tractors collaborating with connected tools could significantly improve production. With accurate information in real-time, greater control on uncertainties and better farm management, personalized micro-financing can be enabled. IoT can thus prevent crop failures to a great extent and improve the financial well-being of farmers.

HEALTHCARE
The way IoT is powering connected healthcare, it would not be surprising if physical hospitals will start vanishing by 2025, and be replaced with virtual and remote healthcare system. The connected healthcare is enabled by a powerful interactions between smart objects and people in areas of health and wellness, diagnostics, medication administration, monitoring post-critical illness and overall fitness. IoT is already evolving as a P2M (Person-To-Machine) relationship to ensure affordable, accessible and quality healthcare services, a challenge faced by both developed and developing countries. With this technology, health services can be delivered even in remotest areas of India.

AUTOMOTIVE
Some 1.25 mn people die each year globally as a result of road traffic crashes, according to the WHO’s report, despite improvements in road safety. In India, more than 2 lakh people died in road accidents in 2014-15(WHO). IoT can help in a big way to enforce speed limits, prevention of drunk driving, safety of children and pedestrians on the road as well as in preventing traffic collisions, road rage and accidents due to driver error by enabling the launch of autonomous, self-governing, connected vehicles. These connected vehicles will provide remote monitoring as well as control, traffic information on a real-time basis, active safety systems, and 24×7 connectivity within the vehicle. Traffic congestion can also be prevented in peak hours with auto route diversions. Also, IoT will create personalized insurance rates and a safe, driverless experience in the long-term.

MANUFACTURING
Manufacturers, with the implementation of advanced IoT sensors, control, and software applications, can obtain real-time information on their equipment. Thereby, IoT enables one to monitor as well as command machines to take autonomous action and diagnose problems remotely. This is especially useful in areas where human life is endangered such as mines, chemical factories, nuclear power plants and handling of hazardous waste and radioactive material.

While IoT has a promising future, its large-scale adoption would require a strong ecosystem of technologists, academicians, OEMS working together with a lot of push from government, regulatory bodies, industrial consortiums and venture capitalist to ensure sustainable business models and the right atmosphere for growth is developed.

CONCLUSION
The good news is that the Indian government is taking many steps to incorporate IoT into many industries. According to a recently released TechSci Research report, “India Internet of Things (IoT) Market Opportunities & Forecast, 2020”, IoT market in India is projected to grow at a CAGR more than 28% during 2015 – 2020. Growth in the market is anticipated on account of ongoing technological developments in IoT technology for providing better connectivity and coverage as well as real-time monitoring & tracking of services and systems across diverse industry verticals to reduce operational and manpower costs. Moreover, the Digital India mission is positively driving various government projects such as smart cities, smart transportation, smart grids, etc. which are also expected to further propel the use of IoT technology in the country over the next five years. The space is extraordinarily exciting, and more advancements are yet to be discovered.

Posted by: DQINDIA Online
View more posts
Tags:Internet of Thing, IoT, IoT in different sectors
Role of IoT & its impact on various industries in India 0 out of 5 based on 0 ratings. 0 user reviews.
HCL Tech Acquires Geometric in $200mn plus deal
Go Digital or Perish