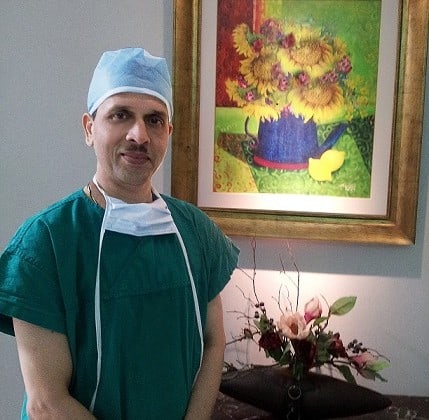 In India, there are approximately 30 robotic systems and the numbers are growing every month. But, concerns like procuring and maintaining robots and the lack of trained manpower to use the systems is still a debatable issue. To get more details on this, Dataquest spoke to Dr Arvind Kumar, Director, Institute of Robotic Surgery, and Chairman, Center for Chest Surgery & Lung Transplantation, Sir Ganga Ram Hospital, New Delhi. Excerpts

How have you used technologies related to robotics in your organization?

Robotics surgical system is a latest development in the field of surgery. We have been using the state-of-the-art “da Vinci Si Surgical System” from intuitive surgical for performing various complex operations involving chest, abdomen, and vascular.

How have robotics technologies helped? Can you specify some key examples or areas where robotics have made a big difference (parameters such as time saved, accuracy, complex operations, etc)?

The system allows us to perform even those surgeries that are too complex to be carried out by conventional minimal invasive methods and which in the past required large incisions to carry out these complex operations. A specific example is the removal of Thymus Gland which is a small gland between the breast bone and the heart and  requires removal in Myasthenia Gravis rare disease. Thymus is also removed, when it develops a tumour within it which is known as Thymoma. Conventionally, removal of Thymus required splitting open (sternotomy) the breast  bone (sternum) in half and then removing the tumour with the help of the surgical robot. The same result can be achieved using three small 8mm to 10mm incisions (key-hole) in the chest thereby preventing the morbidity of a sternotomy.

The above two examples demonstrate the enabling power of the robotic surgical system for surgeons. However, not only does the robot help the surgeon but it also significantly benefits the patient by reducing the post operative pain, duration of hospital stay, and requirement for blood transfusion.

How do you see the evolution of robotics technologies and its usage?

Robotic surgical system is the next revolution in the field of surgery after the laparoscopic era. We can say that laparoscopic surgery is the end of industrial age and robotics can be considered as the beginning of the information age.  A lot of research is going on to incorporate a huge amount of information into the robotic surgical system which will enhance the capability of the surgeons using it in performing difficult operations with much more confidence and precision.

How do you think robotics technology is being accepted in India and what according to you is the future?

Robotics system as a technology is here to stay. There is no doubt that in certain areas robotic system has proven benefits. However, the single most important factor affecting its acceptance in India or for that matter any developing nation is the huge initial and recurring cost involved.

Any new technology at its onset is costly. The reduction in cost will definitely happen in future when the systems are more widely used for a larger number of patients. Research will also lead to development of new technologies that will bring down the cost further.

Therefore, in a country like India such state-of-the-art technologies should be acquired at few selected centers and then subsequently generalized when the cost factor has been taken care of.

Posted by: Prerna Sharma
View more posts
Tags:Chest Surgery & Lung Transplantation, Dr Arvind Kumar, Institute of Robotic Surgery, Sir Ganga Ram Hospital
Robotic surgical system is the next revolution after the laparoscopic era 0 out of 5 based on 0 ratings. 0 user reviews.
Top technology trends to watch out for in 2016 in the server space
Corporate e-mail hacking – A big challenge for information security