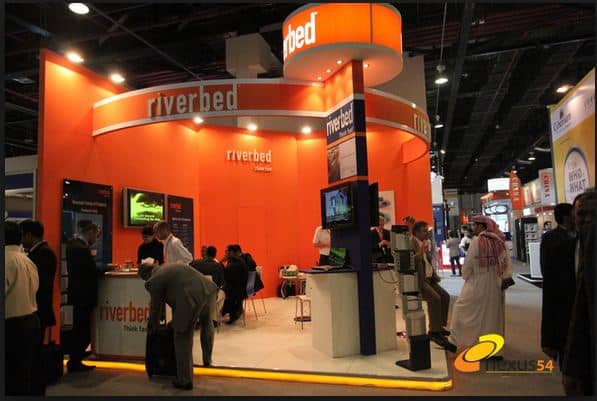 Riverbed Technology has announced that WNS (Holdings) Limited is using Riverbed SteelHead to increase application speed over the network by 3x, with email and file downloads accelerated by 10x, ending users’ complaints about application performance and improving productivity. With SteelHead in place, the IT team saw an immediate drop in the number of IT help tickets related to slow performance. The SteelHead deployment completely eliminated the need for expensive bandwidth upgrades, and forms a solid foundation for future IT innovation at WNS. Given the estimated cost savings, the SteelHead investment will pay for itself in seven to 12 months.

The company’s success led to rapid growth in both the number of delivery centers and number of applications delivered across its network. For the Mumbai-based IT team, this growth presented challenges. End users started to report slow performance of their email, as well as financial, HR and other business-critical applications. They were also unhappy with the time it took to transfer data, download large files, and open web pages. “As a result, business efficiency and productivity were impacted, end-user complaints skyrocketed, and bandwidth upgrade needs spiked,” said Amit Khanna, Head – Business Technology at WNS Global Services.

The IT team had to decide whether to undertake bandwidth upgrades across the company’s global network or to implement a WAN optimization solution to reduce network traffic and accelerate application performance. Realizing that bandwidth in certain locations around the world would be cost-prohibitive, and adding bandwidth would do nothing to address latency, WNS opted for WAN optimization, choosing Riverbed SteelHead. “As the number-one solution on the market, Riverbed SteelHead is well known for being the highest performing and most scalable optimization solution available,” said Khanna.

SteelHead appliances were installed in 45 offices in India and overseas, as well as in the Mumbai data center. “The results of the deployment were immediate and significant, indicating that there was no need to increase bandwidth,” he said.

With SteelHead optimization, file transfers are 10x faster than in the past. Emails are up to 10x faster and intranet and other business-critical applications run up to three times faster. The increased speed and improved application performance was so noticeable to end users that they proactively commented on the remarkable difference. The IT team saw an immediate drop in the number of IT help tickets raised due to slow performance issues.

Riverbed SteelHead reduced Microsoft Exchange traffic – which accounts for more than two-thirds of overall traffic across the organization – by 83%. HTTP traffic, which accounts for 17% of the traffic, has seen a 96% reduction. Overall, WNS has realized up to 30% bandwidth reduction in addition to significant performance improvement, which provides a direct cost savings for the company, eliminating the need to purchase more bandwidth.

For WNS, the SteelHead deployment is a foundation for IT innovation. For example, in the future, WNS wants to migrate to Office 365 without incurring network performance problems that sometimes come with Software-as-a-Service (SaaS) solutions. The combination of Office 365 and SteelHead SaaS gives them confidence that they can make this migration a success. Also, because SteelHead gathers data on end-user experiences, applications, and the network, this visibility provides WNS with a foundation for combined network and application performance management that can further enhance application performance and mitigate future performance issues.

“With the SteelHead deployment, our IT department can focus on strategic development projects to add more value in areas like assessment and deployment of new technologies to ensure high performance and success,” said Khanna.

India has strong and inherent advantages when it comes to SaaS: Hiver

Hiver offers a Saas-enabled email collaboration solution, and given the current scenarios, the company’s services…

Towards the giant India SaaS opportunity!

At the Nasscom webinar ‘Riding the Storm – Towards the Giant India SaaS Opportunity,’ the…