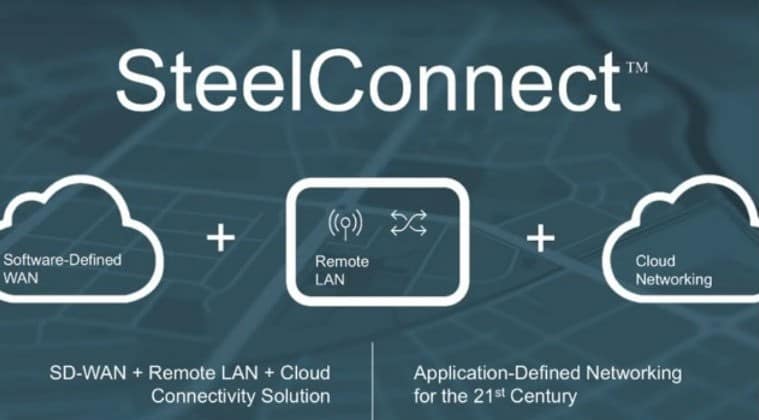 Riverbed Technology, the application performance company launched Riverbed SteelConnect, an SD-WAN (software-defined wide area network) solution that offers a radically new approach to networking for the cloud-era and simplifies the design, deployment and management of enterprise networks. Riverbed SteelConnect disrupts legacy hardware-based approaches to networking – which haven’t changed much since the 1990’s – with a software-defined, cloud-managed and application-centric solution that delivers the agility, visibility, and performance that businesses need to succeed in the digital age. Riverbed also announced the availability of a new line of SteelHead SD models, which combine SteelConnect and its industry-leading SteelHead WAN optimisation into a streamlined, single-device solution.

The cloud market in India continues to grow at a rapid pace, with spending on public cloud services expected to reach $1.81 Bn in 2017 (up 38% from 2016). The continued push for digitalisation by the Government of India through initiatives like Digital India and Smart City – as well as moves towards a ‘less cash’ society – is directly and indirectly fuelling this growth. While there have been major advancements in cloud computing, cloud storage and cloud apps, traditional networking has been left behind. In fact, Gartner says 50% of cloud deployments will suffer from business-impacting performance issues, requiring extensive network redesign.

“Organisations in India are under tremendous pressure to transform digitally and to deliver more agile, simple, scalable and cost-efficient services to their customers,” said Nagendra Venkaswamy, Vice President, India and South Asia for Riverbed. “Legacy approaches to networking – built long before the cloud formed – are hardware-centric, rigid, and error-prone; preventing businesses from moving forward and threatening investments in digital transformation and the cloud. SteelConnect represents a complete rethink of networking in the cloud era. It’s an application-defined networking solution that leverages Riverbed’s application DNA and integrates industry-leading visibility, to provide the agility, simplicity and speed enterprises need to manage today’s complex cloud and hybrid architectures.”

Demand for SD-WAN in India

Industry analyst projections indicate an enormous pent-up demand for newer and better approaches to networking. Gartner expects SD-WAN uptake to grow from less than 1% of enterprises today to 30% of enterprises by the end of 2019[2], and IDC expects the worldwide SD-WAN market to grow from less than $225 million in 2015 to more than $6 billion in 2020.

“Think of SD-WAN like re-architecting a house, but with the plumbing, painting, electricity and gas all supplied with the click of a mouse,” said Venkaswamy. “SteelConnect provides a new experience of networking for both IT and business, where deploying and managing network services is as intuitive as downloading apps onto your smart phone and as instant as spinning up compute and storage resources in the cloud. We believe it has the potential to disrupt the multi-billion dollar branch office router market and re-define networking in India as we know it today.”

Networking built for the cloud

Networking needs the same agility that is provided by the cloud to deliver on the promised business outcomes. SteelConnect delivers this through a unique set of capabilities:

· Unified connectivity, single-click and instant provisioning into cloud networks – SteelConnect is the industry’s first and only product to unify network connectivity and orchestration of application delivery across hybrid WANs (internet and MPLS), branch networks (LAN & WLAN), and cloud environments (IaaS & SaaS) such as AWS and Microsoft Azure – all through a complete line of WAN gateways, LAN switches, and Wi-Fi access points managed centrally from a cloud console.

· Business-aligned orchestration – Instead of managing networks through configuration of individual appliances, SteelConnect provides policy-based orchestration that is naturally aligned to the language and priorities of business: Applications, Users, Locations, Performance SLAs and Security requirements. An IT network architect can now easily set up global or local policies such as: send all video application traffic over the highest-capacity circuits; send software updates over Internet broadband circuits; or send all business traffic over secure VPNs. Previously network operators needed to enter hundreds or thousands of lines of CLI (command line interface) code to make network and application changes, which is both inefficient and prone to human error.

· Native routing – SteelConnect Gateways can be used in place of legacy branch routers to reduce the cost and complexity of managing connectivity to remote locations.

· Industry-leading visibility – SteelConnect provides complete visibility of all users and devices connected to a distributed network, and supports industry-leading NPM and APM capabilities from Riverbed SteelCentral natively integrated into the SteelConnect central management console. This empowers IT Managers to make informed policy and deployment decisions, monitor and troubleshoot performance issues, and plan for network changes regardless of whether the application’s performance is optimised across hybrid WANs, remote LANs or cloud networks.

In order to simplify large-scale global SD-WAN deployments, SteelConnect is also available for the data center via new SteelConnect SDI-5030 Data Center Gateway Appliances. While other SD-WAN solutions can require thousands of line of configuration updates and/or firmware upgrades to core data center routers, SteelConnect benefits from integration with the battle-tested Riverbed Interceptor appliance to non-disruptively integrate and orchestrate SD-WAN and WAN optimization services into data center networks, with elastic scale and high-availability to support application delivery across thousands of remote locations.

SD-WAN in India: An intelligent guide on adoption of future network

Enterprise networking is at a turning point. After 20 years of relative stability, businesses are…