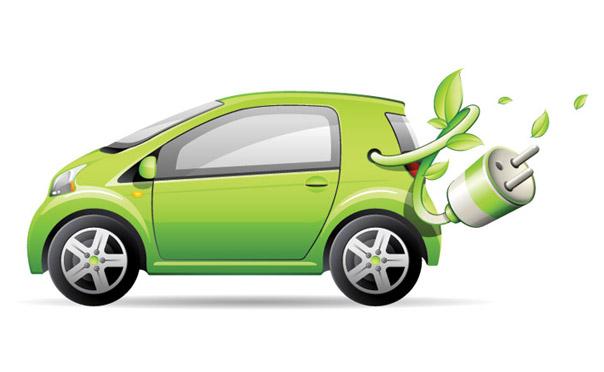 The electric vehicle market is set to grow in a big way owing to the ambitious plans and initiatives of the government. The government has taken a number of steps to incentivize and promote the deployment of electric vehicles and public charging infrastructure to achieve significant electrification by 2030. India is targeting to reduce its excessive oil imports and curb pollution levels across cities in the coming years. Electric vehicles will play an important role in achieving this target.

Size of the EV market in India

The Indian electric vehicles (EV) market is at a very nascent stage comprising of only 1% of the total automobile sales. 95% of the Indian EV market is dominated by 2 and 3-wheelers.  The EV market in India was about 25,000 units at the end of 2016-17. Electric cars and four-wheelers accounted for less than 8% of total sales, according to Society of Manufacturers of the Electric Vehicles.

The EV market in India is set to see the entry of a flurry of new players of foreign and domestic origin in the 2 and 3-wheeler segments. Chinese firms such as BYD Auto Co. Ltd will supply electric buses to some state transport firms. Mahindra has a first to the market advantage in 4 wheeler segment. The company plans to make 60,000 electric vehicles annually from 2020. The Indian unit of South Korea’s Hyundai Motor Co. Ltd is expected to launch its electric vehicle in 2019. Maruti Suzuki will enter the market by 2020. Tata Motors has launched its electric vehicle Tata Tigor in 2018.

In 2012, the National Electric Mobility Mission Plan (NEMMP) 2020 was established, under which an incentive scheme, Faster Adoption and Manufacturing of Hybrid and Electric Vehicles (FAME), was launched in 2015 to reduce the cost of hybrid and electric vehicles and to encourage their penetration in the market.

The subsidy from the FAME scheme is not the only incentive mechanism that impacts the market for hybrid and electric vehicles in India. The Central Government of India and some state governments, such as the Government of National Capital Territory of Delhi (NCT of Delhi), provide tax incentives that treat hybrid and electric vehicles preferentially over conventional technologies.

Impact on the automotive value chain

The absence of an EV supply chain in the country demands an urgent investment in R&D and local manufacturing capabilities. The transformation from internal combustion engine (ICE) vehicles to EVs has significant implications for the existing automotive industry supply chain. The advancement in EVs will lead to profound changes across the automotive value chain, including technology, manufacturing systems, distribution and aftermarket service and support. EVs are less complex to manufacture as compared to ICE vehicles with far fewer moving components.

The battery cost constitutes more than 50% of the value of the vehicle itself. This will result in a weakening of the control for OEMs. With new technologies emerging in the Battery segment, OEMs need to heavily invest and promote indigenous R&D in this regard to keep up with the demand for cost-effectiveness and better operating ranges for EVs.

Challenges that lay ahead for Indian EV market

India is aiming to have at least 15 per cent of the vehicles on its roads to be electric in the coming five years. This will be one of the main steps taken in the direction of reducing pollution and keeping a check on the crude oil imports. The EV market is growing worldwide fuelled by stricter environmental measures, technology improvements and cost reduction in energy storage. India has in its hands a lifetime opportunity to make a remarkable impact on a sustainable future. With over 3 million passenger cars sold in the previous fiscal, the Indian passenger car segment is expected to scale new heights in the near future.

As per a new survey conducted in Bengaluru, 87% of vehicle owners were ready to buy electric vehicles if that would help to reduce pollution. However, key concerns continue to be regarding the cost and maintenance of these vehicles. Range anxiety is a key factor against the adoption of electric vehicles. A series of a backflip on policies and a non-existent charging infrastructure are big challenges in increasing market penetration.

EV is a great opportunity for the industry, academia and the regulatory authorities to collaborate for a sustainable future. The best thing is that we have only scratched the surface and there’s more to come in future.

Sterlite Tech Appoints Kumud Srinivasan to its Board of Directors