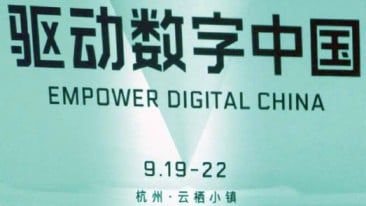 The Alibaba Computing Conference 2018 held recently in Hangzhou, China clearly drove home how Alibaba has morphed into a computing behemoth across the IT value chain. It has created a well-meshed delivery of services around its core eCommerce and has significantly diversified across Cloud, Digital Media, Payments and Entertainment. The company has built an ecosystem developed around its platforms and businesses that consists of consumers, merchants, brands, retailers, third-party service providers and strategic alliance partners.

The 2018 conference is all about Alibaba and its future progression into a diversified IT player. While it’s an undisputed king the in the region in the core commerce business, the focus was on Cloud and how Alibaba is playing to the global demands of the digital age in which Cloud is the key component.

Alibaba Cloud is not new, established in 2009. As per Gartner, Alibaba Cloud is one among the top 3 IaaS providers in the world. The company provides a comprehensive suite of Cloud computing services across verticals and it is also the official Cloud services partner for the International Olympic Committee (IOC).

SETTING THE TONE AND CONTEXT

Jack Ma, Lead Founder & Executive Chairman of Alibaba in his address aid, “This is the ninth year of the computing conference held in the last 10 years with so many people participating; we have a total of 120,000 registered participants. This has reached a historical high. When we held the conference for the very first time, we only had 300 – 400 engineers in the hotel where there was nothing to discuss or to show, so we just had communications. Today we are seeing excellent experts gathered around here providing technology thought leadership.”

In his address, Jack Ma touched on emerging tech and how suppliers as well implementers (the users) need to transition to the new normal. He talked about the changes happening in the retail industry and the emergence of new technologies and the challenges and the need for solid use cases manifesting the new technologies.

PLAYING TO THE FUTURE

Having built a state of the art IT infrastructure Alibaba is both a user and provider of tech. It is taking on to a nexus of technology forces and foraying aggressively into new and emerging areas of tech in a seamless fashion. Let’s look at some of the key areas Alibaba is investing its energies on. For instance, Alibaba Cloud is now available in 49 zones and 18 economic centers globally, with the coverage extending across mainland China, Hong Kong, Singapore, Malaysia, Indonesia, India, Japan, Australia, Middle East, and the US.

In January 2018, Alibaba Cloud launched its India data center in Mumbai to address the growing demand for Cloud computing services for the mid-market segment in India. Similarly its forging alliances and collaborations across the world for its Cloud Computing services.

As a company, Alibaba’s core eCommerce business offers ample testimony to its Cloud prowess. For instance, powered by Apsara – the company’s Cloud super computational engine, supported the Global Shopping Festival in 2017 and facilitated a record-breaking 325,000 orders per second during unpredictable peak traffic spikes, without incident.

A major fillip for Alibaba Cloud also came in the way of its long term partnership with International Olympic Committee (IOC) to become the official Cloud service provider and eCommerce platform services partner.

Alibaba is also integrating AI into its Cloud. ET Brain is Alibaba’s proprietary AI program that helps different verticals tackle real-world challenges. It is powered by the company’s large-scale cloud engine- Apsara. This vertical centric Cloud approach has given Alibaba a distinct edge to address the unique demands. For instance, offerings like ET City Brain, Industrial Brain, Environmental Brain, and Aviation Brain offer an array of services to its clients in the enterprise, city administration, and other verticals.

Datacenters are key to Cloud delivery and the company says that its data centers provide infrastructure support to Alibaba’s Group businesses cutting across eCommerce, cloud, online finance and logistics.

A company of scale such as Alibaba has to innovate constantly and recalibrate itself to customer demands. The Alibaba DAMO Academy was founded in 2017 to focus on research and innovation in fundamental science. DAMO has 13 labs that are dedicated to machine intelligence, data computing, robotics, financial technology and ‘X’- any new fields to be explored. The academy has forged industry-institute collaborations and fosters innovation on a larger scale as well.

In all, the Computing Conference 2018, offered a sneak peek into Alibaba as a company and how it is innovating itself by the addressing the disruptive technology forces.

(The author was hosted by Alibaba in Hangzhou, China)