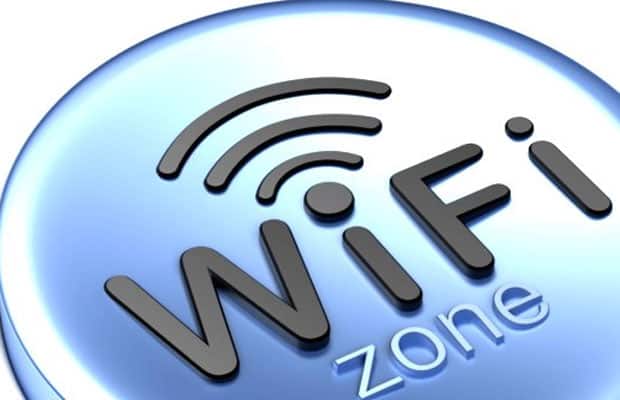 University of Washington engineers have developed a novel technology that uses a Wi-Fi router — a source of ubiquitous but untapped energy in indoor environments — to power devices.

The Power Over Wi-Fi (PoWiFi) system is one of the most innovative and game-changing technologies of the year, according to Popular Science, which included it in the magazine’s annual “Best of What’s New” awards announced Wednesday.

The technology attracted attention earlier this year when researchers published an online paper showing how they harvested energy from Wi-Fi signals to power a simple temperature sensor, a low-resolution grayscale camera and a charger for a Jawbone activity tracking bracelet.

The final paper will be presented next month at the Association for Computing Machinery’s CoNEXT 2015 conference in Heidelberg, Germany, on emerging networking experiments and technologies.

“For the first time we’ve shown that you can use Wi-Fi devices to power the sensors in cameras and other devices,” said lead author Vamsi Talla, a UW electrical engineering doctoral student. “We also made a system that can co-exist as a Wi-Fi router and a power source — it doesn’t degrade the quality of your Wi-Fi signals while it’s powering devices.”

PoWiFi could help enable development of the Internet of Things, where small computing sensors are embedded in everyday objects like cell phones, coffee makers, washing machines, air conditioners, mobile devices, allowing those devices to “talk” to each other. But one major challenge is how to energize those low-power sensors and actuators without needing to plug them into a power source as they become smaller and more numerous.

The team of UW computer science and electrical engineers found that the peak energy contained in untapped, ambient Wi-Fi signals often came close to meeting the operating requirements for some low-power devices. But because the signals are sent intermittently, energy “leaked” out of the system during silent periods. 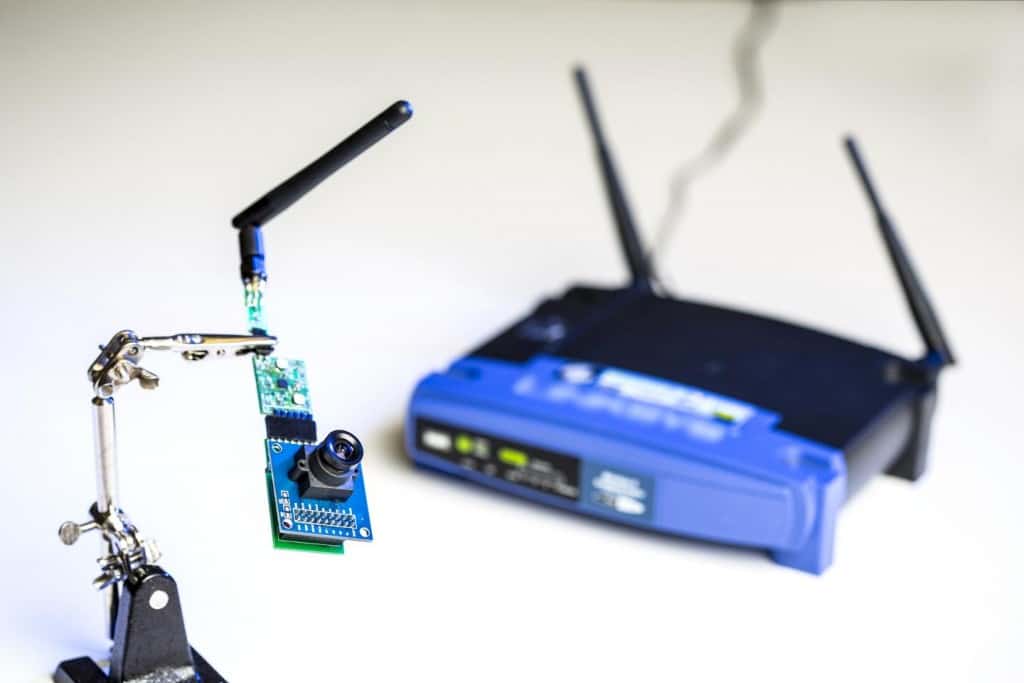 The UW team used ambient signals from this Wi-Fi router to power sensors in a low-resolution camera and other devices.  CREDIT: Dennis Wise, University of Washington

The team fixed that problem by optimizing a router to send out superfluous “power packets” on Wi-Fi channels not currently in use — essentially beefing up the Wi-Fi signal for power delivery — without affecting the quality and speed of data transmission. The team also developed sensors that can be integrated in devices to harvest the power.

In their proof-of-concept experiments, the team demonstrated that the PoWiFi system could wirelessly power a grayscale, low-power Omnivision VGA camera from 17 feet away, allowing it to store enough energy to capture an image every 35 minutes.

It also re-charged the battery of a Jawbone Up24 wearable fitness tracker from zero to 41 percent in 2.5 hours.

“In the future, PoWi-Fi could leverage technology power scaling to further improve the efficiency of the system to enable operation at larger distances and power numerous more sensors and applications,” said co-author Shyam Gollakota, assistant professor of computer science and engineering.

Posted by: DQINDIA Online
View more posts
Tags:internet of things, IoT, Wi-Fi, WiFi, WiFi routers
Researchers show how Wi-Fi routers can be used to power IoT devices 0 out of 5 based on 0 ratings. 0 user reviews.
How the next major meta trend in networking will reshape businesses
Google Maps now available in offline mode in India