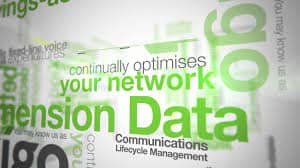 New data published today in Dimension Data’s annual ¹Network Barometer Report reveals that remote monitoring and automated management reduce the time to troubleshoot faulty networking devices by a massive 75%. Consequently, it takes 32% less time to repair such devices than those not managed in this way. Furthermore, this year’s research again shows a strong correlation between the failures caused by devices and their lifecycle stage.

According to the Report, networks have continued to age for the fifth consecutive year, making 53% of the over 70,000 technology devices that were analysed either ageing or obsolete – up by two percentage points since last year. There’s also been a slight drop in the percentage of obsolete devices – down to 9% from last year’s 11% – while the percentage of ageing devices has increased by four points. The percentage of the current devices analysed is at its lowest in three years.

The research looked at corporate networks in organisations of all sizes and all industry sectors across 28 countries.

Andre van Schalkwyk, Consulting Practice Manager for Dimension Data’s Networking Business Unit said, “During the seven-year history of the Network Barometer Report, the average tolerance level for organisation’s obsolete devices in their networks has been around 10%. Rarely do organisations allow this to increase beyond 11% before they refresh the relevant devices. The conventional assumption was that an overall technology refresh was imminent, but our data shows that organisations are refreshing mostly obsolete devices, and are clearly willing to sweat their aging devices for longer than expected. Organisations therefore focus their refresh initiatives mostly on technology that has reached critical lifecycle stages when vendor support is no longer available,” explains van Schalkwyk.

Based on its experience in evaluating organisations’ operational support maturity, Dimension Data says that on a scale of five, some 90% of organisations are still at the first or second level of maturity. These levels are characterised by a lack of standard processes, ad hoc troubleshooting tools, and ambiguous roles and responsibilities for IT staff, resulting in extended network downtime and increased operational costs. This is also the reason why 30% of all service incidents are still related to human error.

Van Schalkwyk points out that mature monitoring, support, and maintenance processes allow for a higher tolerance for ageing devices in the network. This proves the viability of managing an older network overall. “That’s provided there’s sufficient visibility of the lifecycle status of all devices, an understanding of their risk profile depending on their criticality to the infrastructure as a whole, and the proactive management of that risk. Overall, we’re seeing a growing need for more effective day-to-day network management across all corporate networks.”