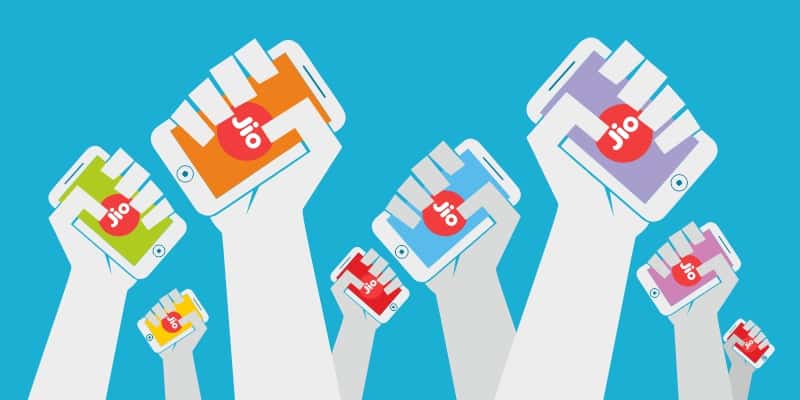 Reliance Jio, which prefers to call itself a digital services company rather than a telecom company, has been chosen as the Telecom Company of the Year 2018 by Voice&Data magazine.

According to Sandip Das, Jury chair, “The Jury, was unanimous in its recognition of Reliance Jio that continues to take mammoth strides towards transforming our nation, empowering citizens and taking us closer to achieving the dream of creating a Digital India and Inclusive India, that will fast track us towards becoming a nation that breaks boundaries of economic and social disparities, and creates boundless opportunities for every citizen.”

Jio is one of the world’s largest all IP VoLTE next generation network which now covers over 90% of India, and continues to launch very aggressive yet consumer friendly tariff plans leading to get the highest voice consumption per subscriber per month (744 minutes) and the highest video consumption (16 hours per subscriber per month). With over200 mn customers have downloaded MyJio 200 mn, and over 100 mn JioTV, Jio customers consume over 240 crore GB per month. It has been a consistent leader in TRAI monthly speed tests with lowest call drops at 0.13% and and  average download speed of 18.6 mbps, thus sending is a strong signal about it’s commitment to quality of service.In a highly competitive market it is no mean achievement. And with plans to roll out fixed line fiber services in over 1100 cities, Reliance promise to transform the country and its citizens by leveraging technology, looks to be an achievable vision.

The Voice&Data Awards 2018 will be presented on 13th March 2019, in New Delhi at the Telecom Leadership Forum conference.

The conference theme this year is “Digital Disruption and Consolidation”, and the various sessions in the form of keynote speeches, panel discussions and case study presentations will address issues facing the telecom sector such as what does the Indian telecom ecosystem (operators, equipment and solution vendors, apps players, policy makers and regulator) need to focus on in the next 12 months in the wake of the data wave, the consolidation, and the user’s changing profile and requirements. And how will todays’ consumer look like 5 years from now; and how emerging technologies like digital, AI & VR are going to be leveraged to cater to the evolving customer needs. The conference will also focus on how does the telecom sector and eco-system need to align itself for meetings demands of a diverse, growing, quality and cost conscious, data driven, and highly competitive market.

Posted by: Ibrahim Ahmad
View more posts
Reliance Jio is the Telecom Company of the Year 0 out of 5 based on 0 ratings. 0 user reviews.
Women Must Say ‘I Can’ Instead of I Think I Can: Sheenam Ohrie, Dell
Bharti Airtel to Trial Nokia’s 5G-ready Fronthaul Solution