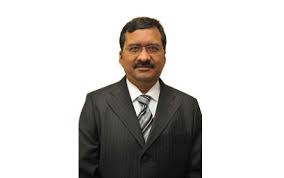 Jagbir Singh, the man who is credited with building Relaince Jio’s and also world’s largest LTE TDD/FDD network has quit the company. As the Reliance JIO group Chief Technology Officer he was responsible for overseeing all aspects of the technology development, operations and automation organization, including innovation and network strategy and architecture. He was driving end-to-end network design and deployment of the network to meet coverage, capacity, and performance needs and supporting data connectivity and services such as VoLTE-HD Voice and eMBMS. Jio’s network today is adding the highest number of subscribers by delivering product innovation faster than ever before; and by leveraging emerging technologies such as Software-Defined Networking (SDN), Network Function Virtualization (NFV), IoT, SON, CEM, Big Data Analytics, Converged LTE/WiFi Packet Core and Small Cells. Today Jio network is supporting more than 5 crore GB of data traffic per day and 350 crore voice & video minutes a day and has become the largest network globally in terms of data carried. Jio users are today consuming nearly as much data as the USA and 50 per cent more data than China in a clear indication that India can and will adopt digitization and digital life faster than anyone else in the world. India had moved up to 1st rank across the world from 150th position in mobile broadband data usage within 7 months of Jio commercial launch. Market experts agree that Jagbir played a critical role, in building out and launching Jio, the new greenfield telecom services company that has taken the industry by storm by transforming India, empowering citizens and rapidly speeding up achieving the dream of creating a Digital India that will fast track the country towards becoming a developed nation.

Prior to Reliance Jio, Jagbir was the CTO & Director – Networks and member of the Airtel Management Board, and lead the Network Services Group across India and South Asia, where he was responsible for managing one of the largest integrated networks in the world providing – 2G ,3G ,4G, fixed line voice and DSL, National and International long distance and DTH services. Before his Airtel stint, Jagbir worked as President & CTO– (Technology and Networks), with Reliance Communications.

He started his professional carrier as Scientist-R&D at DRDO and moved on to Lucent technologies where he pioneered exceptional business growth in Lucent on all products – leading India team as Technical & Pricing head. He then moved on to APAC role in Nortel as Director, responsible for Network solutions. Alongwith an M Phil & M Tech degree, he holds an MBA in Marketing. He has been a member of GSMA’s executive management council , Chairman of the Technology Committee of COAI, a member of the Global TD-LTE Initiative (GTI) steering committee.

Known to be working directly under Mukesh Ambani, Jagbir’s loss and vacum will not be very easy to fill up