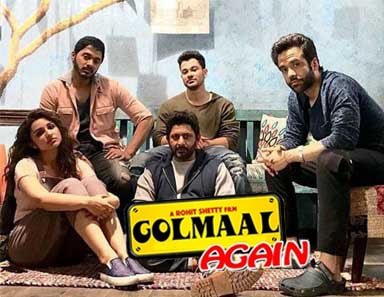 The official merchandise range has been introduced with toys such as Remote-Control Cars, Pull Back Cars & Transforming Robots. The merchandise is being made available across key retail chains such as Crossword, Central & Toonz stores pan India. Apart from the brick & motor stores, the merchandise will also be available online on all major portals such as Amazon, Flipkart & First cry.

Sweta Agnihotri, CEO – Licensing and Merchandising – said “We are proud to be associated with a family entertainer like Golmaal Again and am sure fans will be delighted to own these collectibles from the official merchandise collection”.

Golmaal Again is released worldwide this Diwali on 20 October 2017 and is receiving great response.