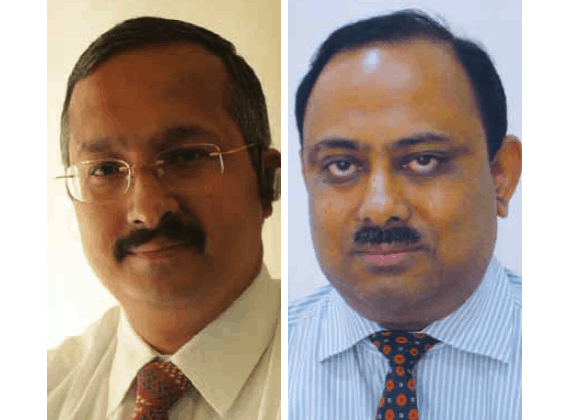 For FY 15, Redington India’s DQ Top 20, 2015  rank remained unchanged at #10. But the  one ask of all distribution players  like Redington would be to make it easy to conduct business without being at the mercy of interpretation of various statutory regulations>

The IT distribution is a business that’s known for its wafer-thin margins. It’s majorly a bi-polar world with Ingram and Redington locking horns. As we take the audit of the year went by and look at Redington per se, the first thing we notice is the modest growth. But going by the challenging FY15, one needs to say it was a good performance by Redington. The company terms that FY15 was an unusually challenging year. 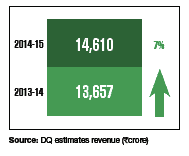 This was because with the change in government at the center, everybody expected—unreasonably, if we may now say so—immediate results and a dramatic improvement in the business environment. Obviously, that did not happen. The factors that put the brakes on growth were the ones like liquidity that remained tight and put the pressure on the funds rotation of Redington’s channel partners and that had consequences on its rotation. The interest rates also remained high, maintaining pressure on margins.

Moreover, the ecosystem was disturbed due to explosion in the business being diverted to the eCommerce sites and this took time to play itself out. Overall, while there were growth opportunities in pockets, which have allowed Redington to show a reasonable growth as an organization, broad based opportunities were limited. Given this, Redington tried to make the best of the situation.

If we take up a close view of Redington’s performance over the year, it saw good traction in the overall consumer  segment helped by the market- share gains by HP and Lenovo. It secured high growth in the overall Apple portfolio as well. Good revenue opportunities in the software, security, and enterprise storage space and steady opportunities in the SMB segment helped it achieve this modest growth.

So what kind of strategy Redington adopted over the year? It took on to a multi-pronged strategy and started offering solutions in the storage, security, and video/audio space with a few key vendors. It formulated and initiated its cloud strategy, which encompassed an integrated, vendor  agnostic, partner-centric, servicesbased approach. The elements were put in place last year and the company would start offering a cloud portfolio to its partners from the second half of this fiscal.

Meanwhile, ProConnect, its SCM arm geared up for value-added, comprehensive supply chain solutions and this helped it attract many 3PL customers across different industry verticals.

Redington also concentrated on consolidating its portfolio and added a very few vendors over the year like: Smart Enterprise, Ubiquity, Capsdase, Barracuda, Belkin, Philips, and Vaultize.

Meanwhile, its Apple Mac business saw good uptick and had good traction in iPhones as well. On the smartphones side, the company is planning to induct domestic brands on to its portfolio. Right now Redington does Apple and BlackBerry smartphones; with addition of Indian brands it is looking at the volume market in FY16, and that’s a good business strategy.

As one looks ahead at FY16, Redington is expected to enhance customer focus through restructured and integrated business  roups. It has also prioritized to implement its cloud strategy and will increase its cloud offerings. Moreover, with vendors like HP bifurcating on hardware and software into two independent entities is expected to create more focused opportunities for distributors and channel partners. But cash crunch and flow would be one big challenge for distributors and they need to manage it judiciously. The realignment of business in an integrated fashion across consumer, commercial, cloud et al is also expected to deepen its mandates and in all FY16 looks like a far better year for Redington as compared to FY15.

However, much also depends on the technology refresh cycles in FY16 and it’s the emerging tech areas that offer bigger scope for Redington moving forward. The company’s aggressive strategy on emerging tech is expected to usher in good growth in FY16.