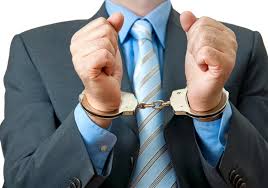 Mounting cases of white-collar crime have impacted businesses adversely, and subsequently led to an increase in anti-fraud fighting professionals in India. To recognize their potential, EY Fraud Investigation and Dispute Services and Association of Certified Fraud Examiners (ACFE) Western Region Chapter announced the winner of the ‘Forensic Trailblazer Award’, for excellence in forensic investigations. In addition, a white paper on The changing dynamics of white-collar crime in India was launched.

Arpinder Singh, Partner and National Leader, Fraud Investigation & Dispute Services, EY said, “The cost and impact of white-collar crime has proved steep, and is increasing in magnitude, incidence and intricacy. Mitigating these risks will require sweeping changes at a macro as well as micro level, and also involve the expertise of anti-fraud or forensic specialists to deter current and future threats. With this in mind, the Forensic Trailblazer Award was designed to recognize the most promising forensic talent and their contribution, and I wish the winner all the best.”

The exposure to the risks of white-collar crime has augmented the vulnerabilities associated with it. EY’s white paper, The changing dynamics of white-collar crime in India, unravels the impact of white-collar crime and the need to undertake drastic changes with respect to technology, transparency, ethical frameworks and strengthening the compliance ecosystem. The future of investigations will also be redefined by ramping up skill-sets and creation of a wider pool of anti-fraud or forensic professionals. Initiatives like the Forensic Trailblazer Award are expected to provide an impetus to combatting white-collar crime, and the demand for such professionals will increase significantly going forward.