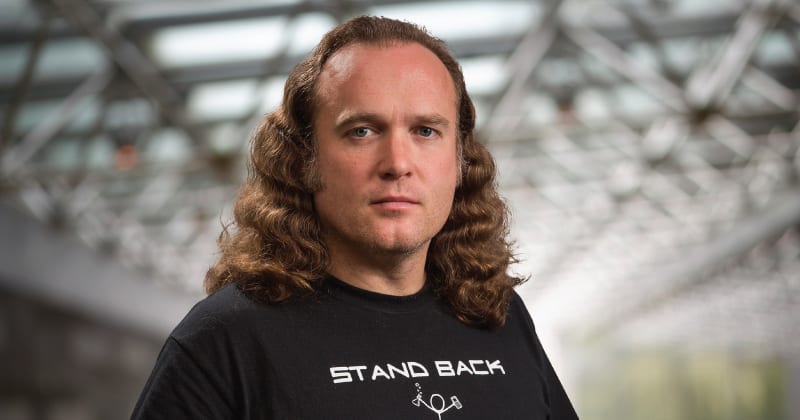 Using classical computing and quantum computing together – sounds like an unusually-refreshing argument in an era where most people – researchers, companies, and students – are all chuffed about quantum computers

Let’s unbox the mystery and the real side of the future of Quantum Computing in this interview with Dr. Christopher Wilson, Deputy Director, IQC, Professor, University of Waterloo, Electrical and Computer Engineering, Institute for Quantum Computing. Dr. Wilson peels away many angles like entanglement, commercialisation runways, hybrid quantum, quantum supremacy, and quantum simulation as he gives us a peek into what’s shaping up in the quantum world.

What’s the most exciting thing happening in quantum research right now—that can translate into something pragmatic for real-world applications of any kind?

I think it’s very exciting to see the dramatic pace of commercialization and investment in both quantum computing and quantum sensing. Enormous deals seem to be announced constantly at this point. I started working in quantum computing a bit over 20 years ago and never would have thought to see things like they are today.

What’s the role, disruption, and challenges of quantum sensors or the use of Quantum compute at Edge?

The grand goal of quantum computing has driven investments in R&D that have led to amazing advances in our control over truly quantum systems, in many different settings from electronic circuits to photonics to individual atoms. I see quantum sensing as a dividend from these advances. We can now probe the universe in a way not possible before quantum computing and quantum sensing.

How can quantum phenomena like superposition, entanglement, etc. be leveraged for innovations that help any industry?

The biggest promise of quantum sensing is that quantum phenomena like entanglement can help us make measurements faster and more accurate. That also means making some measurements possible that weren’t possible before. This could mean finding natural resources that were hidden before. Or medical problems earlier than they could have been detected before.

Your researchers have been doing some fascinating work in quantum simulation and quantum sensors? What’s the distance between lab and commercial roll-out/scalable application here?

The distance is closing quickly. There are a number of start-ups that have come out of IQC focused on quantum sensing. Some of these are still deep tech, meaning five years or so from commercialization, but some are getting very close to selling products to customers.

Combining classical and quantum computing—that’s a refreshing approach—why? And how much progress have we covered here?

Most big tech players are chasing the ‘quantum supremacy’ crown—what’s your reckoning or advice, if any, here? What will differentiate winners from people-late-to-the-Quantum-party?

At this point, I wouldn’t take “supremacy” claims too seriously. Claims—about how along a certain calculation would take on a classical computer—have repeatedly proven to be very pessimistic. That said, I think the fact that we are putting quantum computers with ~50 qubits up against classical supercomputers, that consume megawatts of power and are the size of football fields, is amazing.

What challenges and possibilities shall we expect when we think of quantum sensors, quantum materials, quantum supercomputers, etc.

These are too many to list. All of these technologies are incredibly difficult to master, but the progress has been amazing. If we can keep up the progress, the change could be like the change in computers and electronics, and cell phones brought, which touch every aspect of our modern life, have brought.

What do you love the most about the ‘quantum’ world?

There are always new and exciting things to learn. Quantum theory started to develop more than a hundred years ago, but it still continues to surprise and amaze us.

Posted by: DQINDIA Online
View more posts
Quantum is Great! But don’t throw ‘the phone in your pocket’ away 0 out of 5 based on 0 ratings. 0 user reviews.
In-demand Tech Skills Needed to Master a Career in the Technology Sector
National Technology Day: How technology has changed the small business ecosystem

Hexnode, the enterprise software division of Mitsogo Inc. was founded on a mission to build…

MSME are still way behind on the cyber security learning curve: Synersoft

Synersoft, a maker of path breaking and disruptive technology for SMEs, now branded as BLACKbox,…