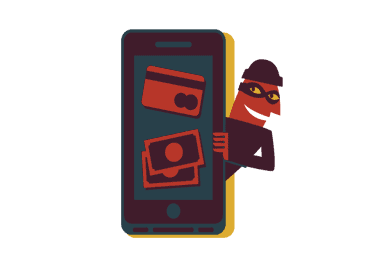 Smartphones are something all of us, irrespective of our professions, cannot do without. Smartphones are being used for reasons that range from personal to professional across the globe. People store information that could be extremely delicate and confidential on their gadgets with the trust that nobody else can access their device. A recent report, however, demolishes that belief.

A recent study, conducted by the Department of Homeland Security, has found several vulnerabilities in mobile devices offered by four major US cell phone carriers, which may allow hackers to gain access to a user’s data, emails and text messages. This loophole may also allow the hackers to take over the user’s device.

The vulnerabilities have been found in devices used by the four major carriers, which include Verizon, AT&T, T-Mobile and Sprint, and may also be found in other carriers as well, says a report on Fifth Domain. The vulnerabilities are inserted into the devices before a customer purchases the phone and whether the hackers have exploited the loophole yet is not yet clear.

Although this report only states about the status of devices in the US, there is no reason to believe why the same could not be done to mobile devices in India as well. Exploits like this could put citizens, businesses and government officials at risk. Thankfully, there are a few ways wherein one can gauge if their device has been hacked or not.

10 Warning Signs That Indicate a Phone Is Hacked

Phone Is Slower Than Before

If RAM is free but your phone is suddenly slower than before, it may be an indication of your phone having been hacked. Malware running in the background often impacts the performance of legitimate apps on a device, and malware transmissions slow the device down.

Sending, Receiving Strange Messages You Are Unaware Off

If your friends, colleagues and family are complaining about a message you did not send; likewise, if you are receiving a slew of strange messages then it is an indication of something being amiss.

It is a known fact that Apple’s iPhone works on a closed source software, where as Android is open source, allowing for full customization. Unfortunately, it also means that Android is more vulnerable to malware. Hence, it may be a good idea to constantly update the security features of an Android device.

Along with slowing a device down, malware also tends to drain a battery leading to the need of constantly charging the phone. So if a device is considerably new, and the battery drains out for no apparent reason, then it could mean that the device is hacked.

Strange Apps Pop-up on Your Device

If new apps are suddenly appearing on your device, and you have not installed them, then it may be prudent to Google the app to check what it is exactly. If the description and source of the app seems suspicious or if other users have reported the app to be spam then it is a clear sign of something not being in order.

Usually consumers know how much data they generally use in a day. However, if the data usage is suddenly exceeding limits then it means that a malware running in the background is exhausting the data.

E-mails You Send Gets Rejected by Spam Filters

If e-mails sent from your device is increasingly being blocked by spam filters it could be because your e-mail is being relayed through unauthorized servers that are allowing a nefarious party to read your messages.

You Are Being Redirected to Suspicious Sites

An infected device has the tendency to automatically redirect users to suspicious or malicious sites while trying to access the Internet. If this seems to be happening a lot, then it is a sure shot sign of the phone being hacked.

Even when the mobile phone has a good cellular connection, hacked phones tend to display increased call drops and one may hear strange noises while on call.

If you are being charged for calls you never made, or SMSes you never sent it does usually mean that a third party has probably taken control of your phone.

Posted by: Supriya Rai
View more posts
Tags:Mobility, security
Are You Purchasing a Pre-Hacked Mobile Phone? Here Are 10 Warning Signs 0 out of 5 based on 0 ratings. 0 user reviews.
Blockchain in Healthcare: A New Era of Digital Data and Value Distribution
Digitization in the Education Sector: Five Best Online Educational Classes in India