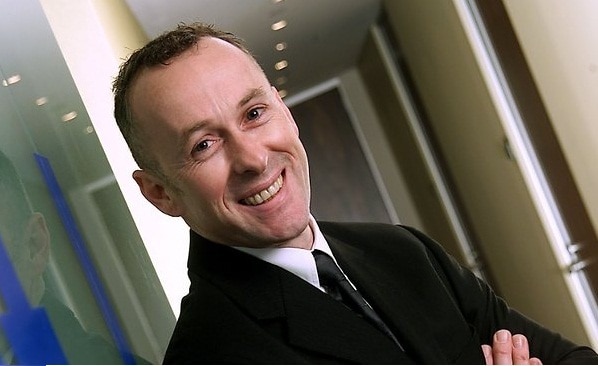 On the sidelines of the Intel Enterprise Summit, in Bali, Philip Cronin, Director, Regional Sales Organization at Intel Asia Pacific Japan (APJ) spoke on some of the implementation challenges often faced by the technology and the solutions providers. Excerpts

Promises of technologies cannot be overlooked easily. Technology has made our lives so much easier and that presents an opportunity for the governments to deal with some of the massive urbanization challenges such as consumption of scarce resources, environment pollution, waste disposal, congestion, etc.

The governments around the world also have shown eagerness to embrace technologies that will help them to improve the living conditions for the citizens and make the cities sustainable. In India, Prime Minister Modi has laid out an ambitious plan to develop 100 smart cities and allocated a whopping `7,060 crore in the Union Budget for the same. But despite the promises of smart city vision and the governments’ readiness to fund them, the uptake of smart technology implementation in cities has remained very slow.

Although ICT forms the backbone of the smart cities, it can not transform the cities on its own. There are other factors too. Bringing the knowledge, skills, and expertise of multiple partners to the table is also important to turn the smart city vision into reality.

How far are the governments willing to adopt new technologies to improve the citizens’ lives?

The urbanization agenda of the governments are closely linked to the economic, social, and environmental goals such as creating competitive advantage for attracting investments as well as building sustainable environments for promoting trade and generate employments. We hope to see a spike in the adoption curve, when the local governments will start leveraging smart technologies for speeding up the process.

Intel has long relationship with the governments in many countries in the areas of healthcare and education and this helps us to start the discussion. While we have seen a few cities like Tokyo, Dublin and the government in India have shown their interests in embracing the smart city concept, there are many other cities who are yet to make decisions on the same.

In India, infrastructure of most of the cities is quite old. Is it possible to make old cities smart?

No city can be transformed or be rebuilt overnight. Every city is different and has its own set of problems and advantages. The governments, therefore need to identify the problems they would like to be addressed first. Based on the priorities set, we will see a mix of greenfield and brownfield investments first. Once the governments start seeing the benefits, they will consider extending the investment further in other areas as well. Private sectors will also contribute to the smart city objectives in their own way—by investing in smart buildings, smart lighting solutions, etc.

Do you see cost as an inhibitor to the adoption?

It is true that if the adoption costs of technology become too high, then there will be no takers. The answer to this problem is to build solutions that are not capital intensive, easily replicable, executable, and viable long term. For example, there are low-cost wireless technologies that can quicken the pace of smart technology adoptions in the governments.

Another challenge is to justify the return on such investments in financial terms. For example, a smart traffic solution will also help in bringing down the air pollution level to some extent. Now, one can easily measure some of the benefits in financial terms, but not the impact on human health and environment.

Smart city discussion is largely driven by a few big technology providers. But what about the ecosystem?

Technology providers represent only one part of the ecosystem. The other part of the ecosystem will also be growing steadily with various other participants such as the experts from different industries, consultants, telcos, device makers, application developers, local innovation players—all of them coming together to contribute towards the smart city objectives. But at the end of the day, it is the solution providers, who will be the glue to bind all the pieces together and drive the real-world deployments.

Do you feel that engaging the small start ups will help in driving the smart city agenda further?

Yes. They are the ones who will help in the delivery of local services and solutions quickly. The problem is that the API still remains in closed environment in many companies. But that is more likely to change in the IoT era, when we will see the API out in the public domain. That will allow developers to write new applications to increase the functionality and ensure the ease of deployments. Henceforward, the challenge would be to figure out the ways to engage these communities for keeping the innovation engine running.