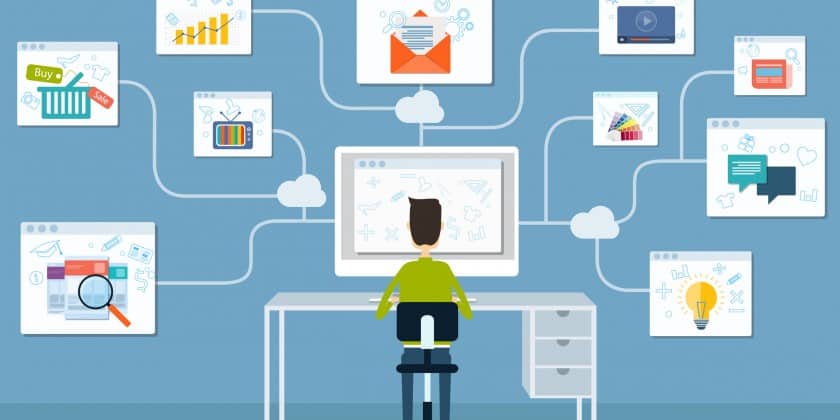 The advertising media industry is standing in the midst of immense growth and moving at a speed that’s way faster than any other media avenues. Keeping this situation in mind, it is important for advertisers, agencies and ad networks to understand how this industry will shape up in the next couple of years.

So, when we say ‘Programmatic’ what do we understand from the term? A common assumption can be that various programs are being run or it is a technology that helps make online advertising simpler.

Programmatic advertising, also known as programmatic marketing or media, consists of automated buying, placement, and optimization of digital advertising as per certain business rules, where both supply and demand partners are in fact non-human. This process occurs with the help of Artificial Intelligence (AI) and Real-Time Bidding (RTB) used mainly for online display, video and mobile advertising.

Advertisers were initially attracted to programmatic buying by the lure of lower CPMs. But now due to improved Returns on Investment (ROI) it is here to stay. They achieve that ROI via a blend of the following factors such as:

Higher efficiency
As RTB allows the marketers to leverage more targeted and specific advertising – it is also considered to create higher efficiency. The reason for this is because it allows advertisers to only pay what each impression is worth to them. Traditionally, if you wanted to reach shopaholics for example, you would place your ad at shopping related placements. With the rise of RTB, advertisers are able to target their ads to specific users instead. Bidding for high-value audiences instead of just paying for inventory maximises ad efficiency and the ROI as well.

The ability to integrate and effectively leverage data
Programmatic buying works by using automated technology, which improves the efficiency and performance of your campaign. This means you can gather and analyse the data more efficiently, and draw on your insights to improve the performance of the campaign.

Programmatic buying allows the advertiser to buy directly from the source, instead of going through agencies, which has made the entire ad-buying process more streamlined. This means less time spent negotiating the right price point, saving advertisers time and money.

The opportunity to optimize and recalibrate campaigns in real-time
Programmatic allows advertisers to track and campaign metrics and they can also tweak campaigns based on performance. In addition to this, creating a new campaign by cloning one of another identical campaign saves time and thus can lead to larger rewards.

Increased targeting potential
With programmatic buying, it is easier to segment the audience into marketing lists, making it easier to target the right audience, in the right context, and at the right time. As technology improves, there is improvement in the accuracy and precision of the audience targeting. This means higher quality leads, lowering of CPC and improved ROI.

Increased transparency – tracking and reporting
Previously, some ad Networks have been criticized for not knowing where an ad is displayed after it is sent out to a publisher. However, through programmatic, advertisers can cull only the impressions that are relevant for the campaign and bid for them as per their value. Thereby, the advertising flow is 100% transparent for the brand and executed accordingly to specific targeting and buying criteria.

The ability to run campaigns seamlessly across multiple digital platforms
With programmatic buying, the advertiser will be able to seamlessly launch a campaign. The automated nature of programmatic buying means audiences and advertisers can connect across any device, at any time, and in any place – all within a fraction of a second.

Programmatic media buying removes all manual processes in the advertising where algorithms scan, ad impressions are filtered and combined with consumer usage data. This now allows advertisers to specify media budgets and objectives. In addition to that, the advertisers feel that infrastructure needs to be developed to understand the ROI co-relation for digital media investments.

Programmatic for both the advertisers and publishers come with a lot of benefits that traditional advertising may not be able to provide. And believing that the future would be so bright, marketers will have to adopt programmatic advertising and set in more budgets which will prove them to be better than traditional and earn a better ROI.