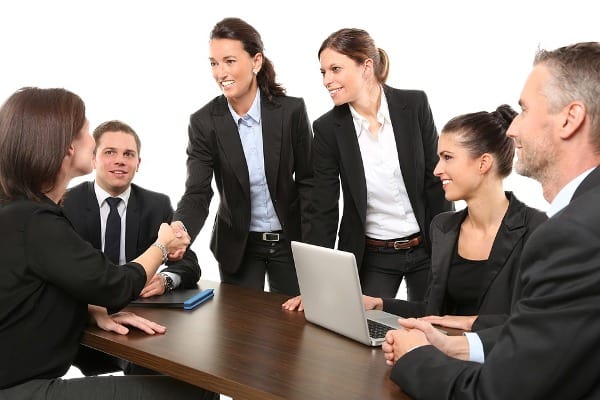 If you were to try and draw up a list of leading entrepreneurs in India, you may be hard-pressed to find names of women who make the cut. A few women who may find mention would, perhaps, be those who are successfully running businesses that they have inherited, much like some of their male counterparts. Yet, more than a handful of women entrepreneurs from India have made the world sit up and take note.

If Kiran Mazumdar Shaw’s Biocon is among India’s iconic corporates, Ritu Kumar has taken Indian fabrics and embroidery to the world. If Shahnaz Hussain is synonymous with herbal cosmetics, Vandana Luthra is a trailblazer in the health and fitness arena with her VLCC. Of late, Richa Kar of Zivame, Shuba Chandra of Chumbak, Suchita Salwan of Little Black Book or Richa Singh of Your Dost have all carved a niche for themselves. This list can go on and on as an ever-increasing number of women turn their ideas into successful businesses.

While we doff our hats to women like those mentioned here, the story of women enterprise in India is much deeper. It runs through our villages, keeps home fires burning in small towns and has our cities all charged up. Of late, the vibrant start-up ecosystem in the country, especially in cities like Bengaluru, Hyderabad, and Gurgaon, to name a few, has drawn women from diverse socio-economic backgrounds, varied interests and academic qualifications.

Not surprising. After all, India has one of the strongest movements of enterprising women getting together for economic activity. Popularly called the self-help groups, they have shown what mutual support and a little bit of drive can achieve. SEWA, the Ela Bhatt founded women’s co-operative, is a standing example, as is Jaswantiben Popat’s Shri Mahila Griha Udyog, known globally for the Lijjat brand of papads.

Challenges and solutions for women entrepreneurs in India

Yet, the road is fraught with challenges. Consider this: according to the National Sample Survey, all the enterprising women in India put together form just 14 percent of the total number of entrepreneurs in the country. In other words, of the 58.05 million entrepreneurs in the country, only 8.05 million are women. This is a fraction of the estimated 126 million women world over who run their own businesses. Significantly, out of this small number of women entrepreneurs, 2.76 million work in the farm sector while another 5.29 million are engaged in the non-agriculture sector. Most of these businesses are small, bootstrapped and barely employ a couple of people.

So, what keeps these women from making it big? Topping the list would be gender bias which permeates the full cycle – from ideation, mentorship, fundraising to finding the right team. Often, there are too many social barriers in the way of networking or bouncing of ideas. It becomes almost imperative for women to convince bankers, for example, that they are indeed creditworthy. Convincing families that they are on the right track is another hurdle.

This is where a project like DWEN comes into the picture. Dell’s Women’s Entrepreneur Network (DWEN) is a platform that connects women entrepreneurs across markets. By creating a robust network of women entrepreneurs, enterprises should hope to create an enabling environment in order to help them with much-needed mentorship.

A 2015 McKinsey report on the Power of Parity said that with equal participation of women in the economy, and by advancing their economic potential, over $700 billion could be added to India’s GDP by 2025. Currently, Indian women contribute about 22 percent of the GDP as against the worldwide average of close to 45 percent.

As if on cue, Budget 2019 provided a boost to women entrepreneurship. Presented by Nirmala Sitharaman, India’s first full-time woman finance minister, the Budget announced measures to encourage self-help groups, expansion of interest subvention programmes coupled with a Rs 1 lakh loan for women under the Mudra scheme. Additionally, schemes like the Mudra Yojana, Mahila Udyan Nidhi, Annapurna, Bhartiya Mahila Business Bank loans and a boost to start-ups, entrepreneurship by women are sure to see steady growth. The Niti Aayog, too, has promoted a Women Entrepreneurship Platform aimed at building an ecosystem for women to scale-up innovative initiatives and chalk out sustainable, long-term strategies for their businesses.

If India has to be transformed, women entrepreneurship must be acknowledged as an equal partner. One response to “More power to women entrepreneurs in India”