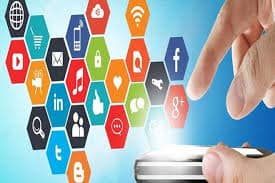 Government policy needs to be aligned with the application development market in India so as to enable them to take a leadership position and maximize the revenue of this vertical. Currently, India is the world’s second largest user of applications and 2017-18, the country is expected to have the largest developer base. While speaking at ‘Digital Services Asia 2016’, A. Robert Jerad Ravi, Advisor (Quality of Service), Telecom Regulatory Authority of India (TRAI) said, “Majority of apps which are based out of other countries are developed by Indians, either working out of India or stationed abroad. This process in itself is a business opportunity, which should be encouraged by the Government.”

According to various reports, the revenue from paid apps in 2016 is estimated to touch Rs 1,500 crores against Rs 900 crores in 2014. While the apps downloads are expected to touch a figure of around 10 billion this year, five times more than what it was in 2012. “This market is growing multifold with each passing quarter. The apps developer community itself is now 3 lakh and is set to expand drastically with the government initiative of getting apps in local languages,” added Mr. Ravi.

While speaking at the inaugural session, Debabrata Nayak, Additional Director, Digital Locker & Project Director (Open Source Collaboration), National e-Governance Division, DeitY said, “Digital Locker and the National e-Governance Division of the Department of Electronics and IT would facilitate the transformation of India to a digital environment and benefit the citizens of India. Currently, applicants have to carry as many as six input documents on identity, with this only one output document would be enough. The Digital Locker would move the country and services towards paperless governance and provide legal validity to these documents.”

“With the Prime Minister Shri Narendra Modi driving a digital India initiative, the use of digital services in every department, like from municipal department to having access to the Prime Minister himself will be available to every citizen. People and government are now being transformed into partners through ‘Jan Bhagirdar’ and portals like ‘MyGov.in’ and providing ‘one stop play’ for common people to speak directly to government at all levels and thus changing government-people interaction culture,” said.  Amit Malviya, National Head, IT and Digital Communication, Bharatiya Janata Party (BJP).

He further added that introduction of a panic button in the mobile phones ‘Himmat’ was for ensuring safety of women and apps for farmers enabling them to obtain services and interact with the market for their produce are few examples, which are part of the Digital India Initiative.

Talking about the digital society, Shyam P. Mardikar, Chief-Strategy, Architecture & Engineering, Bharti Airtel said, “Virtual Reality has already enabled people anywhere to experience anything faraway. He illustrated how an NRI buyer of a flat can experience a ‘digital walk’ through the flat faraway in India that he intends to buy.” He listed 25 virtual reality user cases covering many services from the cinema to shopping. “With the country’s largest youth population and policy changes for resource readiness, the digital society is all set to transform the country,” he further added.

“The new wave of connected devices would open out into a whole lot of digital enterprises and affect every industry, business and services,” said  Sukesh Jain, Vice President, Enterprise Business, Samsung India. He gave several scenarios of application that would enable a smartphones into 360 degree tool for every enterprise and build a new way of consumer experience that would benefit all businesses.

These Digital Services are all set to create a new world of consumer benefit and open enormous enterprise opportunities while benefiting people in every direction, agreed all the experts.

2018 Technology Trends That Are Here To Stay