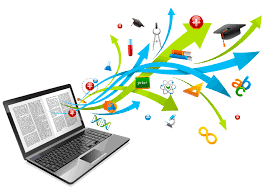 To quantify the value of Pluralsight, Forrester interviewed current enterprise customers across several industries and regions. With the information and data gathered during the interviews, Forrester created a composite company and analysis model, revealing the following quantified key benefits:

Retaining employees: Pluralsight aids in retention by offering tech staff an enrichment opportunity not available elsewhere. If employees who might otherwise depart instead decide to stay, that can be worth more than several million dollars annually—nearly $6 million PV over three years.

Faster on boarding of junior—and experienced—new hires: The time to get junior developers and experienced new hires ramped up and productive can be reduced from months to weeks. Over three years, the shorter learning curve is worth $1.8 mn.

“The ROI of using Pluralsight to close their technology skills gap and develop better products faster is a major reason leading companies around the world rely on us,” said Aaron Skonnard, Co-founder and CEO of Pluralsight. “It’s no longer enough to arm technology teams with the skills they need today; CIOs and CTOs need to plan ahead and help their teams acquire the skills they need next, and Pluralsight empowers them to do just that.”

Pluralsight, the enterprise technology learning platform, has announced a partnership with Unity Technologies, the creator of…

India will soon have more IT professionals than the US by the end of 2018.…