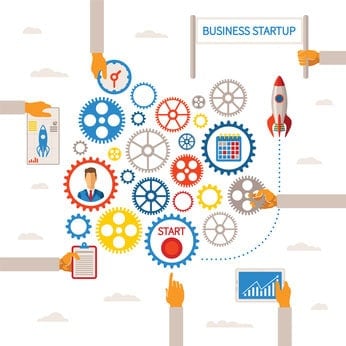 PitchRight S02, an initiative by Zone Startups India, comes to its conclusion with the final shoot of the Grand Finale episode that announced the winners of the season. The Grand Finale was a curated, invite-only event that saw presence of close to 100 guests, which largely included investors, corporates, industry leaders and media personnel.

PitchRight has a unique format that focuses on improving the startup pitch of an entrepreneur through a 45-second elevator pitch, followed by a one-on-one feedback session.

PitchRight S01 garnered more than 350K views on Zone Startup India’s YouTube playlist, while receiving positive reviews from viewers for its fresh approach on the idea of an elevator pitch in a very literal sense. PitchRight S02 was launched in August 2018 by further making the experience of elevator pitches thrilling. This season has garnered over 320K views within a span of 90 days, on different digital platforms such as YouTube, Facebook, LinkedIn, Twitter and Times MX Player.

With over 240 applications received this season, the top 13 entrepreneurs from diverse sectors of technology were shortlisted to feature in the series. The episodes were shot in the month of October 2018 at the Bombay Stock Exchange building, that houses the office of Zone Startups India. The series, featuring 4-5 minute episodes, went live in December 2018 with one episode releasing each week.

Prolific angel investor Sanjay Mehta has been a judge on the show for both the seasons. He has many achievements and awards under his belt and has invested in over 100 startups till date, that includes some well-known names like Oyo Rooms, Box8, Zippr, LogiNext, PrettySecrets, Unbxd and FabAlley. He is an active member of many investment networks in India.

“PitchRight S02 finale reality show was inspiring, full of excitement due to so many unknowns. It was a real thriller as the entrepreneurs pitched to the investors to make a deal. Everyone was on the spot be it investors as they had to commit money, real money instantaneously and entrepreneurs had to accept or refuse the offer right away. It’s a challenge for entrepreneurs to go live pitching & very few can dare. Lastly I can say that PitchRight reality show has superbly motivated entrepreneurship in India,” said Sanjay Mehta, sharing from his experience of hosting the Grand Finale of PitchRight.

On-spot funding was granted by several key investors. A total of INR 1 crore 45 lakhs on-spot funding was offered to 4 startups, out of which 2 startups raised a total of 75 lakhs post negotiations at the Grand Finale Demo Day. These will now be syndicated through a seed round to be led by Let’s Venture, Investment Partner of PitchRight S02. Atharva Sabnis, Co-founder of Atron, raised the highest on-spot funding on the day.

Posted by: DQINDIA Online
View more posts
PitchRight S02 Concludes with a Grand Finale Demo Day 0 out of 5 based on 0 ratings. 0 user reviews.
Deploying an SD-WAN: 10 Key Recommendations for IT Leaders
WarrantyBazaar Executed over 50,000 Warranty Services in the Refurbished Market