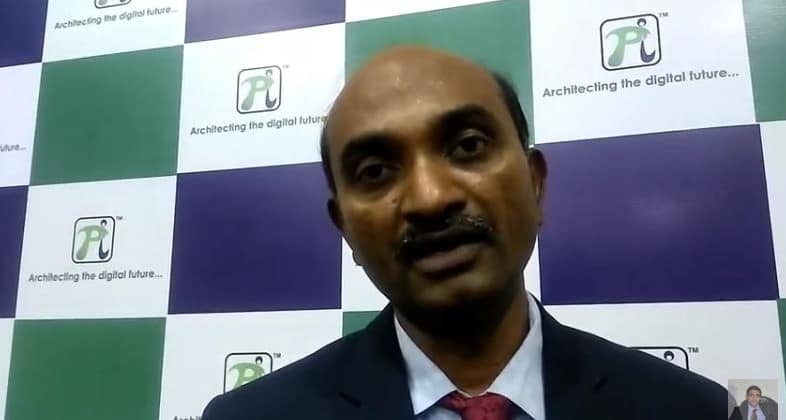 Pi DATACENTERS, India, the enterprise class Datacenter and Cloud service provider, has come up with what it claims  Asia’s Largest Uptime Institute TIER IV Certified Data Center at Amaravati, Vijayawada, the capital of newly reorganized state of Andhra Pradesh. Dataquest was the witness to the launch where Chief Minister Chandrababu Naidu was also present.

At the launch of Pi Amaravati, Kalyan Muppaneni, Founder & CEO – Pi DATACENTERS spoke to Dataquest and said, “Pi Datacenters is committed to help Indian enterprises by providing solutions for their cloud requirements. While Pi Amaravati is the largest Tier IV datacenter giving the assurance to consumers about the security to their data, the facility will provide seamless uptime to enterprises. Through this facility it is our endeavor to capture more and more market.”

He further reveals that Vijayawada is an emerging hub after the bifurcation of Andhra Pradesh. This datacenter will serve as a key destination for other enterprises and IT companies to come to this place. “Vijayawada is going to contribute to India’s growth. Pi Datacenters will be functioning from this place and expand its reach in the Indian market and then global.  Before we make any moves outside India, our endeavor is to capture this market and strengthen our footprint by offering enterprise customers solid options,” he added.

Pi Datacenters will expand further and set up two more datacenters in New Raipur and Kochi. “We’ve further plans to open up datacenters in places like New Raipur and Kochi. The new data centers will be launched in the near future. But Pi headquarters will be Amaravati,” revealed Muppaneni. “It is a good sign that global players like Microsoft, IBM and others are here with their datacenters. It shows that there is a huge potential for datacenter players in the Indian market. Our belief is that India will be a datacenter hub and will serve other markets as well in the near future.”

According to the company, Pi Amaravati is the first Software Defined Strategic Data Center (SDDC) in the world and uses open stack virtualization framework to deliver the best-in-class computing, storage, and networking experience. Pi is capable to deliver top of the league modular colocation and hosting services with a capacity upto 5000 rack, making it the largest in Asia and one of the top datacenters in the world. Pi’s Enterprise Cloud Platform “Habour1” is an OpenStack based enterprise cloud in India, powered by SUSE. It is also Cloud stack on a Software Defined Storage architecture in India.

Recently, Pi DATACENTERS, as claims Muppaneni, has been awarded Uptime Institute Tier IV Design Certification, achieving the highest standards for infrastructure, functionality and capacity as demonstrated on the design documents. The company aims to cater to the key industry verticals with the most advanced industry solutions stack, offering the highest standards of security, utmost scalability and flexibility at the lowest Total Cost of Ownership (TCO).

Interestingly the company has got a healthy list of customers who have already signed for the datacenter space at the new facility. Among its esteemed customers are Andhra Pradesh government. Chief Minister himself announced, “Andhra Pradesh has signed a deal for using 100 stacks at Pi Amaravati for government services. It can be increases depending on the demand in the future.”

Hyperscale: Redefining the Economics of Datacenters