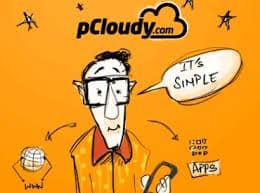 A mobile solution provider, based out of Noida was faced with numerous challenges, such as, lack of- adequate device coverage and devices management, test apps in continuous integration mode, efficiency of mobile app testers, device sharing between teams, access of devices to geographically distributed devices, among others.
Keeping the organisation’s large scale of business in mind, pCloudy developed the most appropriate single platform hybrid solution to address all the above pain-points. This ‘Hybrid’ Lab included the conversion of the existing physical device to an on-premise mobile lab over cloud, thus enabling teams to access the devices from anywhere, anytime enabling them to schedule and book devices easily. Teams at the mobile solutions company could now schedule automated runs in a continuous integrated mode and also during regression tests.

In addition, pCloudy provided a single interface access to its public cloud for the Client’s team. Teams could now switch between public and on-premise clouds seamlessly, depending on the specific requirement, besides being able to access various devices during their release tests, thus finding a single-click platform for all the challenges it was faced with earlier.
Thus, pCloudy, the flagship product of Smart Software Testing Solutions Inc. in addition to business growth, brought about significant benefits to the mobile solution provider, much to the latter’s delight, including,
· 30% increase in productivity of teams
· 44% reduction in Test Cycle
· 25% increase in test coverage and reduction in production benefits

Another start-up Planet Gogo, in the mobile news space, funded by HT media recently, launched their Mobile App. To ensure success of their App, they wanted to test on variety of Low and medium budget smartphones. Moreover, they wanted to reproduce issues reported by their beta users. These issues were device specific where in pCloudy provided them the appropriate one-stop solution.

How the journey began?
Pankaj Goel, a technology Consultant who formerly worked at Oracle India, HCL Technologies and Adobe Systems along with Lalit Jain, also a consultant with experience in having worked with Wipro and Adobe Systems, co-founded CresTech Software Systems in 2006. The Company grew rapidly to become a trusted name in Independent QA and Testing space. Today it has 3 delivery centres at Noida,
Bangalore and California and is a trusted partner of many Fortune 500 companies helping them accomplish their software quality management goals successfully.

Around 2009-10 the founding team conceptualised a ‘Commercial of the Shelf Solution’ called OpKey with Tool Agnostic Test Automation Platform. Very soon, this became a preferred ‘tool of choice’ for many customers, across the globe, who were looking to kick-start their Automation initiatives. In 2014,the three dreamers or the ‘tech nerds’ as they proudly call themselves – Lalit Jain (The Customer’s Voice), Pankaj Goel (The Open-eyed Dreamer) along with Avinash Tiwari (The Pragmatic Dreamer) decided to start another venture, with separate investment for OpKey and closed funding recently.

This new venture, Smart Software Testing Solutions Inc., was formed with the vision to create product and platforms for testing of Apps in a connected world. In line with their vision, they acquired, pCloudy Design Labs, a Bangalore based start-up that focused on Cloud Technology for a Mobile device. Today, pCloudy has been transformed as a Mobile App Testing platform and a separate entity in itself.
pCloudy is India’s first-of-its kind, plug and play app testing platform serving e-commerce, Mobile App based businesses, Mobile App Development companies, besides large enterprises. Besides serving the Indian market, its geographical expansion plans include catering to Philippines, Singapore, Malaysia and Indonesia.

Posted by: DQINDIA Online
View more posts
Tags:Mobile App, pCLOUDY, PLANET GOGO
pCloudy’ India’s first-of-its-kind mobile testing platform aims to disrupt the fast growing US$ 60 mn App testing market 0 out of 5 based on 0 ratings. 0 user reviews.
Digital assistants will serve as the primary interface to the connected home: Gartner
How Big Data is changing the Game for Hotels — And Their Guests

AQM Technologies, the provider in Digital Business Assurance with its focus towards BFSI announces the…