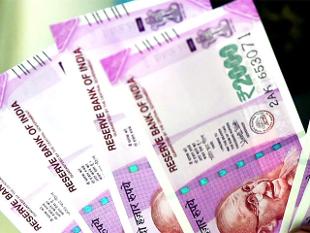 A lot of things changed in the country when Narendra Modi took over as the Prime Minister of India. He came in as a beacon of hope to the youth of the country who were expecting him to bring in changes in the economy, creation of jobs, and improvement in the lifestyle of Indians. A lot of prominent steps taken by Narendra Modi like ‘Make in India’ and ‘Swacch Bharat Abhiyan’ have been lauded by the youth of the country. His push towards Digital India too is being appreciated.

One particular exercise undertaken by the Government of India that created ripples across the nation was ‘Demonetisation’. What the government aimed at doing with demonetisation was to curb black money, arrest the fake notes in circulation, increase digital transactions, and stop terror financing. However, the data released by the Reserve Bank of India (RBI) seems to suggest that hardly any black money was recovered through demonetization. According to RBI’s annual report for 2017-18, 99.3 percent of the demonetised Rs 500 and Rs 1000 notes have been returned to the central bank. This means that almost all of the Rs 15.42 lakh crore that was in circulation came back to the banks and only Rs 13,000 crore was demonetized.

Soon after this data was released, P Chidambaram of the Congress party released a few statements through Twitter. “Every rupee of the Rs 15.42 lakh crore (barring a small sum of Ra 13,000 crore) has come back to the RBI. Remember who had said that Rs 3 lakh crore will not come back and that will be a gain for the government!?” he said. The politician, who was the finance minister during the Congress regime, also said that along with the loss of lives and lakhs of jobs, 15 crore daily wage workers lost their employment for several weeks and thousand SME units were shut down. “Indian economy lost 1.5 percent of GDP in terms of growth. That alone was a loss of Rs 2.25 lakh crore a year,” he added in a series of tweets.

Although, the demonetization exercise induced a cash crunch, which did provide the much needed push towards digitization. People increasingly downloaded apps of digital wallet companies like Paytm and Mobiqwik for the liquidity of cash had reduced greatly in the market. In 2017, Paytm became India’s first payment app to cross over 100 million app downloads. After demonetization, Paytm integrated the BHIM UPI to increase its user base. Shortly after that, Paytm touched a new record of 70 lakh transactions. Also, Paytm announced in January 2017 that the mobile wallet company had clocked Rs 5,000 crore worth of transactions, which meant 200 million transactions in terms of volume. The company is now reaching new heights constantly by introducing new products like Paytm Cloud and forming new partnerships like the one with Berkshire Hathaway.

Nevertheless, Paytm does not like to be recognized as the single largest beneficiary of the demonetization phenomenon. “It is very odd for us to believe that we were the single largest beneficiary when it (demonetisation) was going on. There is no doubt that digitisation won over the industry, it won over the banking ecosystem,” said Paytm founder Vijay Shekhar in a media event, according to Financial Express.

BJP too has quickly defended this new development saying the demonetisation exercise wasn’t entirely futile. Amit Malviya, BJP’s National in-charge of Information and Technology, while terming the judgments being passed on the move as ‘ill informed’ and ‘inappropriate’- has posted a report saying demonetisation has done the following:

Posted by: Supriya Rai
View more posts
Tags:demonetisation, ECONOMY, GDP
Was Paytm the Only Beneficiary of the Demonetisation Exercise? 0 out of 5 based on 0 ratings. 0 user reviews.
Dell EMC Study indicates that Indian Organizations are forerunners of IT Maturity in APJM
Artificial Intelligence to Now Help Save Lives Lost to Natural Calamities

Imagine standing in the middle of the road, waiting for your cab driver for a…