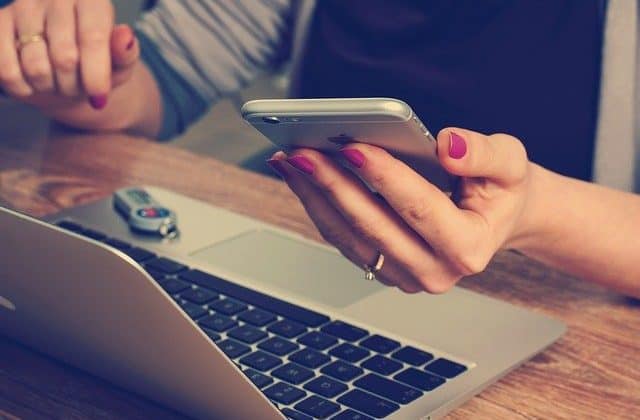 Apple introduced the first smartphone in 2007, and since then, peoples’ daily lives have changed dramatically. The difference in the capability of the original iPhone and the iPhone 11 is massive. The first iPhone had just 128 megabytes of RAM, a processor with a clock speed of 412 MHz, and a maximum storage capacity of 16 gigabytes. When the iPhone was introduced, its specifications were very impressive. A lot has changed since. Fast forward to today when low-end smartphones costing less than 5K rupees have specifications that far exceed those of the first iPhone.

What has led to advances in smartphones?

Behind Advances in Smartphones

A smartphone today doubles as TV, wallet, GPS, music player, video game console, camera and much more. The huge leaps the smartphone has undergone have been possible because of a robust patent granting system that protects the inventions of phone manufacturers. Because of the payoffs from earning patents, manufacturers have considerable incentives to acquire patents. As a direct result of patents being awarded, the hardware inside smartphones now becomes obsolete within just five to six months. When smartphones were introduced, their hardware didn’t become obsolete for as long as two years.

The patent regime has made it possible to build a more powerful smartphone every few months. Leading manufacturers are pitted in a constant battle to create smartphones that consumers will fall in love with. Competition between major manufacturers had led to the creation of smartphones that are sleek, fast, and have potent cameras. The growth of social media has paralleled advances in smartphone cameras. People love phones with great cameras because they can be used to click great photos and share them quickly

Need for a Strong Patent Portfolio

Despite the obvious benefits of patents, there is a widely held belief that granting patents to phone manufacturers stifles innovation. Nothing could be further from the truth. The incentive to earn patents drives manufacturers to develop innovative new technologies that can be used to make better smartphones. Without the ability to protect their inventions from being copied, no smartphone manufacturer would have an incentive to innovate. Consequently, the extraordinarily powerful smartphones consumers love wouldn’t exist. If the patent regime were dismantled, the smartphone industry would rapidly stagnate.

Smartphone manufacturers need to maintain an active patent portfolio because it serves as an effective defence strategy during smartphone wars which could reignite any moment.

AI is disrupting virtually every industry. AI is still in its infancy, yet its versatility and promise are well appreciated. It is being used in healthcare to spot potentially cancerous cells, in chatbots to serve customers, in finance to recognise market patterns no human can discover and in a host of other industries.

AI can be used to spot inventions that merit a patent. Because patents safeguard designs from being used by entities that don’t have a copyright or license, they have been behind the success of all industries over the past two centuries. Today many industries are being transformed by AI. Hence, when AI is used to grant patents; it comes full circle because it helps award patents which in-turn leads to the expansion and creation of industry. Such industries then adopt AI to deliver better products and services.

India’s PTO issued tenders inviting companies to help create an AI and blockchain-powered database. When the database is successfully implemented, the patent granting process will become swifter and less prone to mistakes. AI and blockchain will help evaluate the uniqueness of every invention and judge whether they merit a patent.

There is only one foreseeable disadvantage behind using an AI and blockchain-powered database to grant patents. Large data centres consume enormous power. They also take up considerable space. Should the PTO be willing to face these challenges, there is every reason to believe that by using AI and blockchain, it will be able to grant more patents in a comparatively short period.