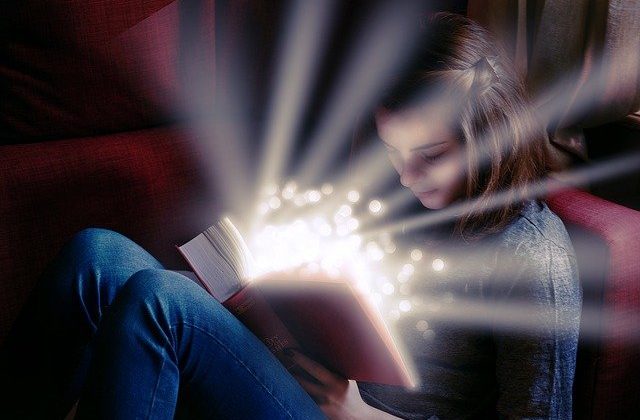 The education sector is not new to disruption. From the advent of MOOCs to the rise of home-schooling and online degree programs, the sector has seen a transformative technological innovation at least every few years. However, if one only looks at the classrooms of today, relatively little has changed in the past century.

Against this contrasting backdrop, it isn’t surprising to note that the industry was upended in some ways and remained untouched in others over the past few months as the Covid19 pandemic unfolded. In this article, we will look at how each individual segment in the education sector has been impacted and the trends in each sphere.

The diversity of stakeholders involved in this space is immense, from instructors to researchers, parents to children, government bodies to private for-profits – education has always remained a focal point of concern for everyone. For the purpose of this article, we have classified the entire industry based on the age group to which the firms in the EdTech space cater.

Stay-at-home orders and weeks of staying within the confines of their homes left kids wanting to play outdoors. As a result, sales of outdoor toys almost single-handedly drove the toys industry to grow by 22% in April, a reversal of the 2019 trend when global toy sales declined by 3%. Outdoor toys category sales increased by $193 million (51% YoY) in April this year, contributing 53% to the total industry growth in the same period.

Not far behind are other segments such as extended reality toys. The toys industry has been quick to adopt AR but has largely glossed over VR. The concern shared by many parents is that VR is prohibitively expensive and its experience depends on their kids being isolated from the physical environment. AR, on the other hand, has seen parents rally around the tech as many prefer their kids to use tactile-based toys rather than purely digital ones. Our portfolio company, PlayShifu saw its user base grow by 3-4 times the usual figure in the past few months. As more parents take cognizance of the time spent by kids on screens and passive entertainment, augmented reality-based platforms will see a further boost in demand. Research in this area also points out the added benefits of AR – children are not only engaged better but learn faster as well.

In an increasingly digital world, mere rote learning has proved to be insufficient to meet the ever-varying needs of the corporations of tomorrow. These employers feel that today’s graduates are not employable and lack the necessary skills for them to prosper in their jobs. As the number of studies in this area has grown, a trend has emerged globally that schools need to focus more on teaching 21st-century skills. These skills comprise of Creativity, Collaboration, Communication and more importantly, Critical Thinking. More and more start-ups are trying to cater to this growing market. We also see online-only firms trying to capture the counselling market as parents become more aware of the need for their kids to be emotionally and mentally healthy and make the right career choices.

The biggest players in this segment, however, continue to operate on traditional business models (complementing what is being taught in schools and helping children with their homework). And when the schools shut down, parents suddenly felt concerned about how their kids will continue their studies. The likes of BYJU’s, Vedantu and other firms (both big and small) took note of this and started offering free classes, encouraging students to try before buying. BYJU’s alone saw 13.5 million new users in the months of March and April combined, a surge of 3-4x the normal rate.

Despite this positive trend, it’ll be very difficult for such companies to sustain this growth into the future. As students shift to online classes, studies have started to surface that question the efficacy of this medium. A study found out that kids would be “substantially” behind in subjects like Math even when schools take necessary steps to shift instruction to an online mode. Newspapers such as NYT, WSJ have continuously published students’ reactions to all this, and one trend seems to be present everywhere – they all miss going to school.

This news does not bore well for the companies that cater to the K-12 segment. On any other day, these firms would have loved the traction their products are receiving. But as the pandemic unfolds, they might start to realize that the boom isn’t really a boon. When this crisis ends, students will remember all the bitter memories of them struggling to get online, lack of clarity and an overall sense of gloom and doom. They would forget that none of these struggles were the fault of schools or these firms, and had it been a controlled setting, online learning can prove to be as effective as the traditional model (as per studies). The human brain doesn’t take cognitive dissonance too well, and personal bad experiences will cloud everything the EdTech industry will say in the future, no matter how tall and true their claims would be.

However, the test prep industry will get through this crisis unscathed and might even benefit considerably. Being an after-school experience, this industry hasn’t bore the brunt of students’ anger. In fact, a survey suggests that ~90% of students prefer online coaching classes to offline ones. As many students who had never ever tried out online coaching classes have done so in the past few months, they would continue using these platforms in the future.

Technology domains that benefit from large data points, such as adaptive learning will improve and become the standard-bearer of the segment. One only needs to take a look at Squirrel AI’s success in China and its revered acceptance in academic circles abroad to realize the upcoming onslaught of personalized, adaptive content in the K-12/Test Prep category and how it has the potential to transform the way education is delivered.

Universities have come under more scrutiny than ever before. Enrollment numbers in the developed world are predicted to drop or have started dropping, the employability of graduates has declined, and fees have increased at a rate 3x more than inflation. Even during pre-covid times, universities were facing a multitude of crises. And many had responded by providing further training to their graduating students in the form of career-readiness courses. An entire industry has boomed around this in the past few years. The next step, experts believed, was for universities to take the college experience online. It was the panacea for all the problems that plagued all but the very best of universities.

As the covid19 crisis developed, students and universities started cancelling foreign exchange and study-abroad plans. The US, being home to 1.1 million international students, makes up approximately 5.5% of the total student population in the country. Since these students pay out-of-state tuition fees, which are 3-4 times higher than the regular fees, they account for around 15% of the total revenue generated in fees by universities. If universities opt for an online-only fall semester, the foreign students may look for something closer to their homes. The appeal for studying in a foreign country has much to do with getting to experience a new culture and get a job along the way. Remote learning appeals to none of these commonly held aspirations of such students. For domestic students too, the situation isn’t rosy. A recent McKinsey survey revealed that 48% of students will likely defer or look for a different school if their college of choice opts for a remote-only fall semester.

As technology progresses rapidly, employees’ need to re-skill or upskill themselves has also risen. While many firms have started offering in-house L&D platforms to enhance their employees’ skills, many still are more comfortable with learning new skills outside the confines of their workplace. The rise of MOOCs in the past decade is a testament to this progress. This pandemic has set in motion a new trend for this segment – remote training. Big organizations have used virtual training solutions (many of these solutions use AR/VR) to train their frontline staff, boost their morale and prevent a decline in skillset among their workforce. Doctors have watched live surgeries being performed from the comfort of their homes. Salespersons have participated in interactive video lessons to improve how they engage with potential customers. This experiment has proved that corporate training can be delivered – in a manner that appeals to everyone – remotely. Organizations will soon realise that they do not need to spend millions setting up physical training facilities. Employees will, in turn, get used to the convenience of being trained through simulators and extended reality headsets.

As new global trends begin to emerge, it becomes pertinent to ask what role India will play amidst this cacophony of new technologies. The Indian education sector differs in many ways to its counterparts. Rural schools largely are ill-equipped with poor infrastructure, diversity has bred in inconsistency, and the country’s students fare exceedingly poorly when it comes to 21st century skills. Add AI’s slow adoption to the mix and it feels like the country is a potpourri of opposing beliefs – an urban India craving for an EdTech revolution and a rural India just trying to make ends meet. Against this backdrop, we are seeing fortunate trends that aim to democratise the delivery of education. Streaming kids content on free platforms like YouTube has received positive reception. Mindspark, an adaptive learning tool aimed to help bridge learning gaps for those students who fall behind has been praised worldwide, culminating in an HBS case study. Vernacular platforms for test prep are trying to offer standardized content across tens of regional languages. Start-ups offering soft skill courses and English language training are blossoming. The non-tech industry participation has increased to 40% of enrollments in corporate training courses, signalling an increased concern among employees for the loss of their jobs due to automation. Investors are noting all this, and it isn’t a surprise that India has become the third-biggest destination for investments in the EdTech sector.

The current pandemic has brought a renewed focus on the digital divide between the haves and have-nots. New start-ups and business models will emerge that cater to the gaps present in our conventional education delivery model. With over 500 million people under the age of 25, the opportunity has never been this big. And never so urgent.

Posted by: DQINDIA Online
View more posts
How the Pandemic brought a shift in the Edtech sector 5 out of 5 based on 1 ratings. 1 user reviews.
AWS Offers Over 500 Free Online Courses on Cloud Computing: All You Need to Know
REVA University Invites Applications for Two Year Master’s Degree in Deep Learning and Artificial Intelligence

You’ve got data. Let AI analyze it for you

In March 2020, when India announced a national lockdown to contain the Covid-19 pandemic, several…

Agriculture 4.0 and the future of farming technology