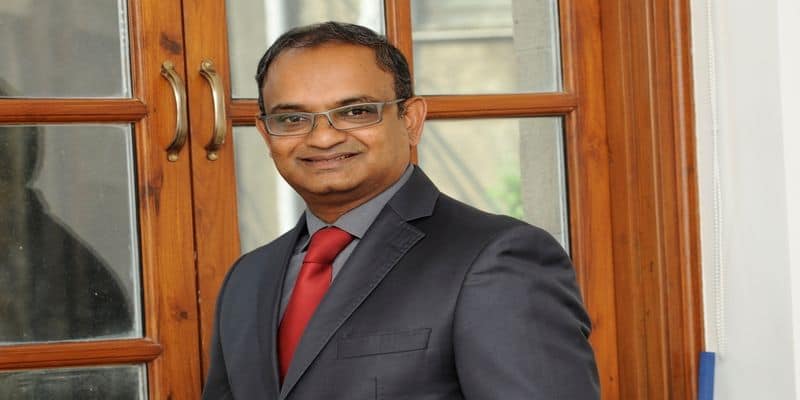 As Group CTO for the Tata Group, Dr Gopichand Katragadda is responsible for driving technology and innovation for the Tata group. As someone who comes with decades of experience, Dr Katragadda has the responsibility of enabling the Tata Group to be in the top ten technologically innovative companies globally. In his previous role, as the chairman and managing director of GE India Technology Centre, he facilitated funding of cross-business innovation, championed the commissioning of new research labs, developed research teams and helped build GE’s largest R&D Centre. Under his leadership, the team was contributing to over 300 US patents a year.

In a detailed interview with Dataquest, Dr Gopichand Katragadda, shares his ideas and perspective on how his office plans to leverage cross-company synergies using technology.

As Group CTO, what are the key areas of focus for you in digital?
Digital is a key enabler for innovation today. At the top level, I would look at what is required by the customers and the nation, however in the areas where we operate. The key areas of focus would be energy and food security.

The role of digital in energy, would be in areas such as smart grids, more efficient energy distribution systems and more efficient energy management systems. For example, Tata Power Delhi Distribution Limited, which is part of the Tata group, has done significant work in this area. Our goal would be to make sure that we are leveraging this capability and enhancing this with the help of other group companies.

In food security we are looking at precision agriculture, which is pretty much IT enabled. This would include weather models, disease prediction models. This could require high performance computing, or specific computational models that we feed into an advisory system. This has been worked upon by TCS, and we will be collaborating and enhancing this capability.

By leveraging sensors, edge computing and analytics, advanced network capabilities could be provided by Tata Communications to complete the picture.  Other areas of interest includes wearables and factory & fleet analytics.

Can you explain how can the group benefit from using wearables?
Considering that as a group, we operate different factories across different sectors, we have the knowledge of what the factory floor worker needs from a safety point of view. We believe with our knowledge, we can develop wearables that can enhance the safety of our employees. As we have a large number of factory workers, we can use this knowledge to develop a unique wearable which has features non-existent in current wearables.

You have also mentioned ‘Factory and Fleet analytics’ as a focus area
In the area of factory and fleet analytics, we have conducted a pilot, wherein we have taken a look at three years of data from a Tata factory. We established that we could make good improvements in the yield and increase operator effectiveness. We intend to scale this capability across factories.

The common perception is that India leads in services-led businesses, but fails miserably in delivering a global product company? What is your perspective, and do you see that changing?

As the feel good factor in India increases, and Indians start consuming and demanding products which are consumed here, India will become a primary or a lead market. Once the Indian market starts demanding products and services unique to its needs, companies will also be encouraged to serve this lead market. This evolution is already underway, and Indian companies will start creating unique products.

If you were made the CIO of India, what would be some of your top priorities?
The good thing is that I am already doing a similar role as the Tata Group is diverse and operates in multiple areas. If I was made the CIO of the country, I would partner with the CTO of the country to solve some of the biggest problems. For example, one of my top priorities would be to ensure energy security by reducing transmission and distribution losses. This would involve significant amount of IT enablement and visibility of where energy is consumed or generated.

The other big area is usable water. In the next ten years, our demand for usable water will not be met. Hence, there is a significant need of managing the water network in addition to looking at technologies such as de-salination.

Food security would be another area. For example, in the case of rural settings, calorie consumption is far below. It is around 1200 kcal, while 2200 is the actual need because of the nature of work they do. There is a significant need to relook at the components of the entire chain – from the seed to the plate. We believe that with the use of technology, a lot of knowledge can be added to farming practices and improve the yield, which is one of the lowest from a global standpoint.

Today, there was a webinar hosted by Dun and Bradstreet on the ‘Importance of data…